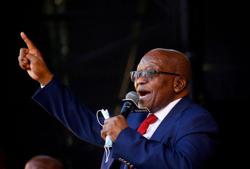 The accused, Lum Gah Wai (left) accompanied by a police officer at the Sibu Magistrate's Court.

SIBU: A 27-year man from Ampang, Selangor chose to go to jail instead of paying a RM3,000 fine after he pleaded guilty to an attempt to blackmail his girlfriend by threatening to expose nude photographs of her.

The accused, Lum Gah Wai, pleaded guilty to a charge under Section 509 of the Penal Code for intending to insult the modesty of the woman at the Magistrate's Court here, which provides for a jail sentence of five years or a fine.

Lum, who was unrepresentated, opted for the default sentence as he could not pay the fine.

Magistrate Saiful Sayoti, in passing the sentence, took into consideration his guilty plea in mitigation.

However, he said an appropriate sentence had to be meted as such cases were common in society.

The Magistrate also allowed one of the three Samsung handphones that did not contain nude photographs of Lai be returned to him.

In mitigation, the accused pleaded for leniency, saying he had committed the offence as he was merely asking his ex-girlfriend for money to pay his debt to a loan shark as he had helped her before.

He also said that his family had disowned him after he borrowed money from a loan shark. He did not disclose how much he owed.

According to the facts of the case, the woman, Anita Lai Hsiao Jing, 23, was asked by Lum to meet him at a hotel at Jalan Lanang on April 23 last year.

However, Lai refused to go and Lum threatened to go to her workplace to expose nude photographs of her.

Police investigations revealed that the woman had befriended the accused last year, and had sent nude photographs of herself to him through the phone.

The investigation also showed that the accused had tried to extort money from her before, by threatening to expose her nude photographs on the Internet.

They were said to have broken up about a year ago in Kuala Lumpur.

Lum was arrested by Police on April 24 at the hotel while he was trying to drag Lai into a room. 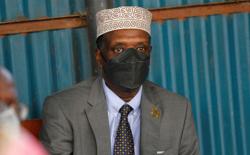