Planners and officers must go to the ground

Officers must make turun padang part and parcel of their duties to disseminate the message and mechanism of new development policies.

THE recent kidnapping of two foreign tourists at the Singamata Reef Resort, off Semporna, happening barely a year after the formation of the Eastern Sabah Security Command (Esscom), prompted me to pen this article.

Malayan (since 1963 Malaysian) nation building has been based on a process of deliberate and elaborate development planning. Beginning with the five-year First Malaya Plan 1956-60, we are now into the fourth year of the Tenth Malaysia Plan (2011-15). In between the five-year plans, there are the Mid-Term Reviews to fine-tune the projects in line with changing economic conditions.

Then there are the sectoral and regional plans such as the Industrial Master Plans and the Regional Development Plans of Pahang Tenggara and Johor Tenggara, etc. And, of course, there is always the all-important Annual Budget.

As one involved in inputs to the planning process (in my academic days) in the 1970s and 80s and debates on the planning strategies since the 90s, I cannot help but lament the fact that, after more than five decades of nation building, the planning process has now attained a life of its own in the public service structure.

Presenting the plan has almost become the end in itself. 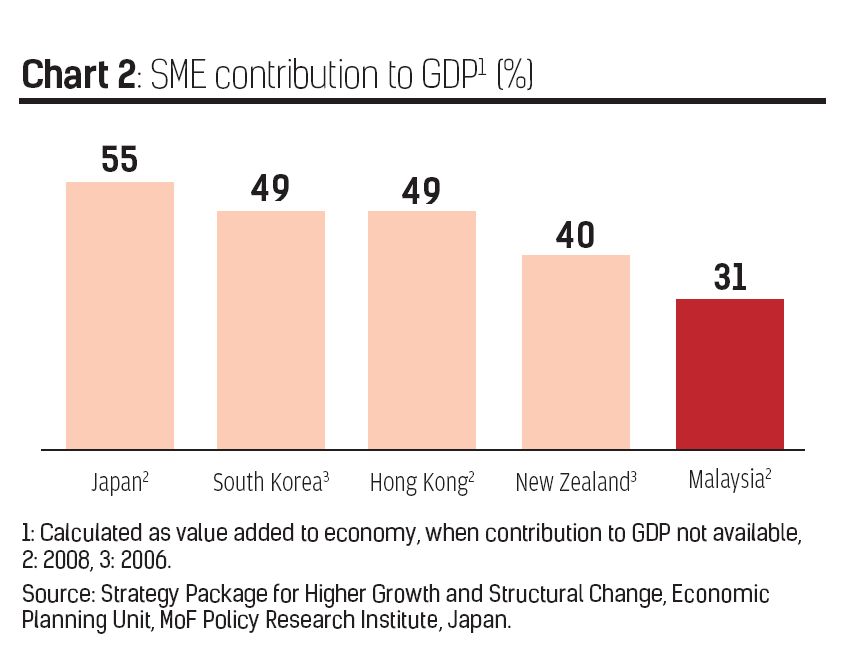 Over the last two decades, the increasingly complex institutional structure has induced a long line of communication between planners and implementers, blurring the sense of urgency for delivery and impact of many plans.

Witness our “rubber-rejuvenation and the introduction of oil palm as the second crop” period of 1965-80, in response to the challenge posed by the (then) newly developed synthetic rubber.

Under the late Tun Abdul Razak Hussein’s “Green Book” developmental strategy and mobilising the massive outreach of our agriculture extension apparatus, Malaysia evolved in a short time to be the world’s largest producer of natural rubber and palm oil. (Of course, we have now been overtaken by Indonesia.) During this period, the acreages planted and replanted (of rubber and palm oil) were checked at district levels by the District Officers almost monthly.

And in the early 1980s when we first launched our industrialisation drive, the acreages of industrial estates and Free Trade Zones developed were checked against targets at least on a semi-annual basis. Of course, it can be argued that planning for nation building four decades ago was a much simpler process. Planners back then only had to interact with the likes of the UK’s Kew Gardens and our Rubber Research Institute for agricultural innovations. Implementers could then focus on ensuring that farmers and small-holders adopted the new clones.

For manufacturing, we could rely on the Multi-national Corporations (MNCs) to bring in investments with suitable incentives.

But we are now in the creativity and innovation era.

Our public servants have to interact with the wizards of Silicon Valley, researchers at the Stanford, MIT and Cambridge research centres to detect and decipher the wave of emerging industries and activities. This requires training as well as verbal and quantitative skills of a much higher order.

Being now rather detached from the emerging engines of the future, our public administration apparatus has also become far too complex.

Planners in KL have not been able to communicate fully and directly on their planned goals to the implementers and outreach officers at the district and mukim levels.

Knowledge of plans and programmes among SMEs

Chart 1 shows the strong correlation between SME growth and the overall GDP growth although it is unclear if the economy is driven largely by SMEs or that GDP is driving SME growth.

Barring the causality effect of the two variables, Malaysia is behind many Asian countries in terms of SMEs’ contribution to GDP, as shown in Chart 2.

Japan’s SME contribution is about 55%, with South Korea and Hong Kong both at 49%. Malaysia’s 31% is rather low by comparison.

Certainly Malaysia is not lacking in ideas and development programmes tailored for SMEs. Among them, we have the Enrichment and Enhancement programmes, Green LED programmes, National Mark of Malaysian Brand programme, Skills Upgrading, Women Entrepreneurship, Youth Entrepreneurship programmes and the numerous soft loans, and bridging loans for hundreds of different types of industries ranging from manufacturing to retail to services.

What is the reason for the relatively low Malaysian SME contribution to GDP then?

A total of 244 SMEs in the services and informal sectors were surveyed on their understanding of the overall electricity policy direction and planning. Face-to-face interviews were conducted using guided structured questions.

The results (see Chart 3) are a stark reminder that the gap between policies intended for the well-being of the consumers and the “buy-in” couldn’t be further apart.

About 77% of the SME respondents asked in the Klang Valley had never heard of the Feed-in Tariff (FiT) for renewable energy. This means they have been paying the 1.6% surcharge in their electricity bills without knowing what it is, let alone what it is intended for.

Over 73% of SMEs think the government hasn’t done enough to inform them of the changes in tariffs, although Malaysia has one of the lowest electricity tariffs in Asia, and the hikes were only announced after many months of publicity campaign in mainstream newspapers and other media.

If a basic item such as electricity hasn’t been well explained, what about more complex policies like GST, minimum wages, subsidy rationalisation, security measures and, for that matter, economic transformation?

Recognising where the gaps exist between policy planning and policy implementation is crucial. Is this the time for a Public Service Transformation?

Having spoken to many distinguished senior public servants, I believe that the missing link is the need for a serious re-orientation of our governance system from one focusing on planning to one focusing on the sense of urgency on outreach, delivery and impact.

What is required is a new mission of Service Delivery with Key Performance Indicators (KPIs) based on grassroots understanding and acceptance of policies for national transformation, such the GST; and the subsidy rationalisation as well as KPIs for adoption of policy tools intended for economic progress, such as those for improving energy efficiency and increasing productivity.

Every plan must have detailed KPIs on the expected end results, and the mechanism required to achieve the desired delivery results and impacts.

I also believe the public service needs to re-learn some of the traditional outreach strategies to disseminate the message and mechanism of new policies, instead of merely relying on expensive TV and radio advertising which have limited effect in terms of holding the attention of the rakyat.

The traditional practice of people-to-people contacts is tedious but effective. This means that planners and officers should “get out of the desks” regularly, and not just accompany Ministers when they are in town. They must make turun padang a part and parcel of their duties.

Priority should be given to holding frequent town-hall and neighbourhood meetings with residential associations, guilds and associations, NGOs and key opinion leaders.

In particular, Pemandu’s brainstorming laboratories should be expanded to the local council, district and mukim levels. This would enable all segments of society to contribute new ideas towards local and national development on issues such as job generation, security and environmental protection, etc. At the same time, their perceptions (and degree of acceptance) of planned government programmes could also be assessed.

Besides using Bahasa Malaysia and English, outreach officers should also use the vernacular languages and dialects of the locality where necessary to generate greater understanding and eventual acceptance of the intended policies.

The messages can then be followed by coverage in newspapers, radio, TV and online media. These can then be tweeted and re-tweeted via the social media.

More importantly, we need to institutionalise into our public service delivery system the sense of urgency and purpose of all the plans we have. The public service must also be fully empowered to implement the plans in accordance with the agreed mechanism for them to succeed.

This will ensure the plans are carried out promptly for the benefit of the rakyat.