Treacherous seas: Huge waves crashing into a landing stage in the French Reunion island in the Indian Ocean. Heavy seas, pouring rain and low cloud are a daily occurrence in the ocean, especially during the winter season.

IT’S a terrible place. And when winter comes – like it has now – the southern Indian Ocean has been described as the worst place in the world.

Unstable weather, dangerous conditions, high waves and wild seas all make for a terrifying scene, even for large ships. For rescue personnel trying to get to the bottom of MH370’s mystery, its a nightmare.

An Antarctic cold front hitting warm tropical air 2,500km off Australia’s west coast is expected to severely affect the search over the coming weeks and months.

An aviation meteorologist and an air and sea consultant have both predicted rough times for the planes and ships in the Indian Ocean, and an “on and off” mission at best as the area’s eight-month-long winter brings brutal swells and high winds to the search area.

Aviation safety consultant, Geoffrey Thomas of airline industry business publication airlineratings.com, warned that yesterday’s weather was merely “a taste” of conditions which would soon close in over the search area.

“A large cold front is moving in. There are very heavy seas, pouring rain and low cloud,” he said.

“In the sort of conditions out there, the sea is a cauldron of foam with white caps and crashing waves. It would be pointless and dangerous to be out there.”

Thomas told London’s Mail Online that the current conditions were an ominous “portent of things to come”.

“This is the start of the winter season,” he said.

“And that’s when conditions like today’s are a daily occurrence in this area of ocean. It’s winter for eight months of the year, and during that period, it is the worst place in the world.

“The seas are wild and rough, there are huge swells and the winds are extreme. They are called the Roaring Forties for very good reason.”

“Aircraft will continue to spot debris from MH370, although it’s very hard to locate. You’re tearing along at 200kph and it’s there and gone in a flash.

“That’s the challenge – find the debris then recover the debris. And it’s going to be exceedingly difficult dispatching a submersible off a ship that is pitching and rolling in 60-foot swells.

“But the biggest challenge of all is finding the plane at the bottom of the ocean, the actual crash site. If this is pilot suicide as some claim, you couldn’t pick a better place (to crash a plane so), you’d never find it.”

Newcastle University’s consultant meteorologist and a former military aviation adviser, Martin Babakhan, said that wintery conditions in the search area would mean efforts to retrieve the plane would be limited to short, clear-weather windows.

“The transition season has begun, and that means the cold air from the Antarctic is moving up and the warm air moving down creating a deep trough line and very severe weather events,” Babakhan said.

“There will be periods when it is fine to resume the search, such as in the next 24 hours, but the search will be on and off during this autumn period.”

The Roaring Forties, at between roughly 40° and 50° latitude in the southern hemisphere, sits in the transition zone between the more tranquil, balmy subtropics and frigid polar vortex zipping around the South Pole.

Winds rage in this region as pressures and temperatures change rapidly here, driving the winds frequently over 50-60kph, and give rise to storms.

The winds in this area are uninhibited, thanks to the absence of continents or mountains. The screaming winds here are some of the fastest in the world, but topped at times by adjacent latitude zones to the south known as the Furious Fifties and Screaming Sixties.

In a sense, the winds in this part of the world reflect the planet’s effort to regulate temperatures and vent energy as the atmosphere redistributes hot air from the equator and cold air from the South Pole.

It accomplishes this transport of hot and cold air through what ABC Science describes as a “double figure 8 conveyor belt of air stretching from the Equator to the South Pole”.

What lies beneath the sea surface is even more chaotic, as a Washington Post article explains.

Matthew England, of the Climate Change Centre at the University of New South Wales in Sydney, warned that this was a deep area of the Indian Ocean with rapid and complex currents, above an ocean floor marked by “plenty of ridges and canyons”.

“Which means that super-imposed on the long-term average current are these little eddies that spawn off the current and have a life of their own,” he said.

“They pinch off a bit of water and might move counter to the main flow,” England added.

“Really, when you look at things in the next seven days, this afternoon and tomorrow are by far the best conditions we will see until the following weekend.” 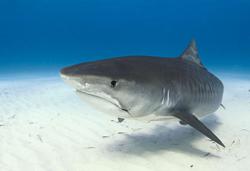