KOTA KINABALU: A man left his ‘call card’ after raping a 20-year-old store assistant in her room before fleeing the scene.

The man, who was reported to have entered the room after breaking into the two-storey house via the kitchen door in Sandakan, had allegedly warned the woman to keep quiet or else he would punch her.

He then covered the woman’s mouth with his hand, raped her, and left his name and number on a piece of paper before fleeing.

Sandakan police district chief Assist Comm Rowell Marong said on Tuesday, police were still locating the man and were using the information left on a piece of paper after the incident which happened at about 1.30am on Monday to find him.

“We are hoping to make an arrest soon,” he said, adding that police received a report not long after the incident.

Rowell said the victim had immediately told her sister who was sleeping in the next room about the incident, who later informed their parents who were sleeping on the lower floor of the house.

In an unrelated case, two women were arrested for prostitution during the Ops Noda operation to curb the growth of prostitution in Sandakan.

Rowell said the women had offered sexual services for RM130 to two policemen in the 2.30pm raid on Monday.

The women, aged 19 and 20, were arrested in a house during the raid, and were also found to possess no travel documents.

Rowell said further investigations also lead to the discovery of nine packets of condom stored inside a drawer in the kitchen.

“We believe these two women are involved in prostitution activities,” he said. 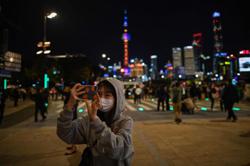