Its chief Datuk Nor Hayati Onn said in a statement on Monday that such action would serve as a deterrent to others not to publish insensitive materials.

She also said it was an irresponsible act on the part of the MP to come up with such a video clip.

"In this festive atmosphere, Teresa should be sensitive about what she is doing. Although it is just a Chinese New Year video clip, why should it have provocative elements, including what happened in Lahad Datu," she said.

Teresa, who is also DAP vice-chairman, is alleged to have uploaded the video clip titled Onederful Malaysia CNY 2014 Video Clip on You Tube on Jan 27. 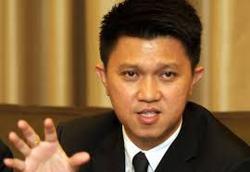