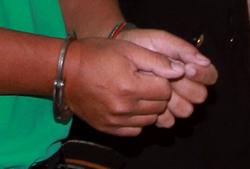 KUALA LUMPUR: An inspector has won his case against the Bukit Aman police disciplinary board and three others for dismissing him over charges of using his position for personal gain, disobeying orders and being dishonest.

High Court (Appellate and Special Powers) judge Justice Zaleha Yusof held Thursday that the letter of representation sent by Mohd Johan Khair Azmi, 30, to the board over his charges was not a mere denial.

She struck off the board’s order issued by its then chairman Tan Sri Khalid Abu Bakar to dismiss Mohd Johan from the police force effective Jan 9 last year.

Justice Zaleha ordered an investigation to determine the salary and allowances owed to the inspector from the date he was sacked.

Mohd Johan’s lead counsel G. Subramaniam Nair said the judge had considered that his client’s letter of representation to the board over six charges included a claim of alibi.

“There was no record to show that the board, upon receiving his letter of representation, has investigated his claims of alibi,” he added.

His co counsel Ebrina Zubir said that the inspector could now report for duty and salary owed to him since his wrongful dismissal would have to be paid.

Ebrina said the judge had also awarded interest of 5% to Mohd Johan.

Mohd Johan’s wife, Inspector Farah Haslina Hussin, who was present in court, said she was happy with the decision as the dismissal had ruined the couple's reputation built over seven years in the police force.

“I am always referred to as the wife of the inspector who was dismissed from the police force. It affected me terribly as I am still working with the narcotics police,” she added.

In his application filed on April 30 last year, Mohd Johan said he was dismissed from the Brickfields commercial crime investigations division when he was an investigating officer.

He said he received a show cause letter dated Jan 18, 2012 from Khalid over six charges.

He said he received a letter dated Jan 11 last year from Khalid notifying him of disciplinary action for dismissal over five charges of using his position for self gain by accepting money in his investigation work, disobeying orders to lodge police reports over arrests and being dishonest by lying during official disciplinary investigations.

He said he was warned of the sixth charge of allegedly disobeying orders to declare a car registered under his name.

Mohd Johan said that he was not charged at the criminal court for bribery and that he had been denied of his right to defend himself over the allegations there.