ALOR SETAR: For two months a “thief” had been raiding a poultry farm and stealing two chickens each night.

The culprit had been preying on farmer Mohd Izham Hussin’s broiler chickens at his fenced-up farm in Kampung Kubang Lintah, Mukim Jeneri, Sik, about 80km from here.

“I rear between 100 and 200 broiler chickens in the chicken-holding shed with fencing around it,” Mohd Izham said.

“These chickens are ready for the market and have been moved from my closed house system coops nearby.” 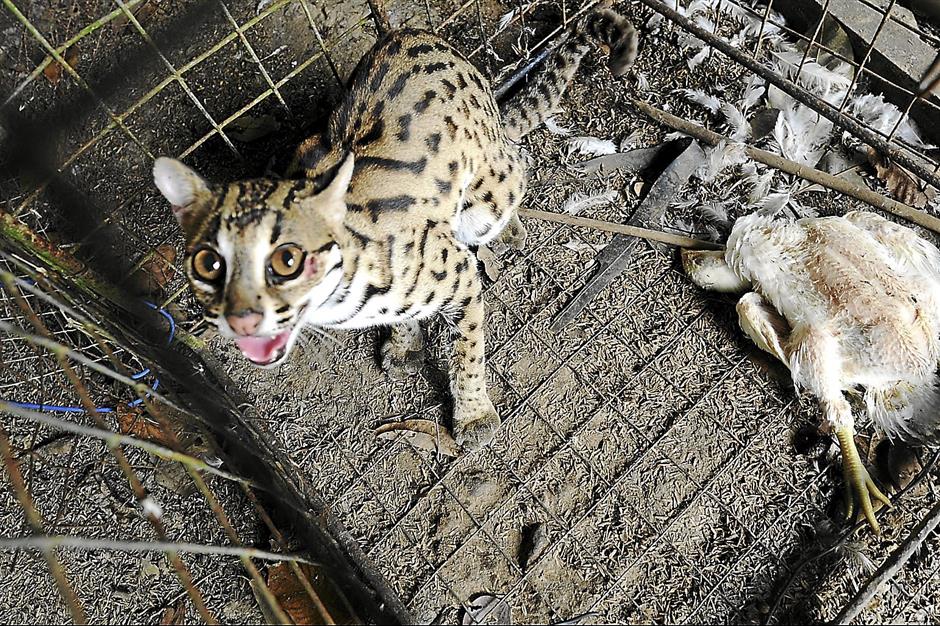 No escape: The cat which was found in the trap at the chicken shed in Kampung Kubang Lintah, Sik.

He said he lost two chickens from the shed each night and decided to lay a trap in the shed last Saturday before returning to his house in Taman Puteri Jaya, Sungai Petani, about half-an-hour drive away.

“When I reached my farm on Sunday morning, I saw a wild cat in the trap.

“I informed the Wildlife Depart­ment in Sik and asked them to take the cat away,” he said.

Mohd Izham said it would have been cruel to kill the cat just for eating about 70 of his chickens.

The Sik Wildlife Department officials arrived at the farm yesterday to check on the animal.

Officer Azmi Mat Nawi believed the animal was a leopard cat, which is protected under the Wildlife Conservation Act, and added that the animal would be quarantined and released into the wild in a few days’ time.