Schools to be flushed of Aedes larvae before new term begins

PETALING JAYA: Schools are now at the centre of the fight against the Aedes mosquito in Selangor, which has seen a spike in dengue cases in the past two weeks.

A health officer said previous records show that Aedes larvae were often found in toilet bowls in schools after every school term and year-end breaks.

“For almost two months now, students and teachers have been on a break and toilets have not been flushed. Water in the toilet bowls, cisterns, flower pot plates and receptacles with stagnant water are all spots where the Aedes larvae can breed,” she said. 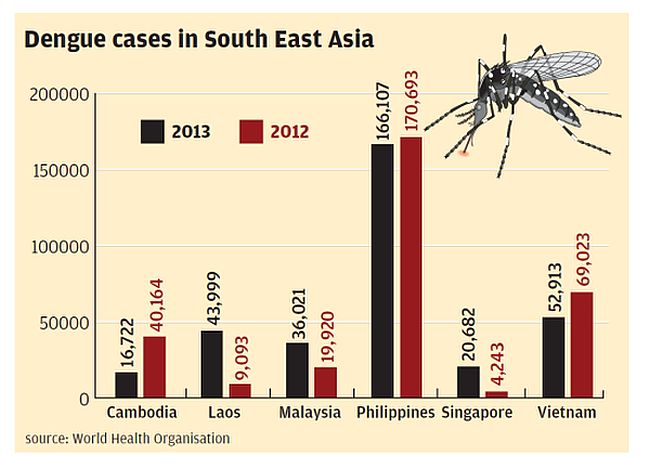 She added that a circular has been issued through the local councils to all headmasters to clean up their school compounds before the new term begins in two weeks’ time.

“This must be done as the risk of dengue transmission is higher during the current weather pattern of rain in the evenings and warm afternoons, which speeds up the maturation period of mosquitoes and shortens the incubation period of the virus in mosquitoes,” she added.

Selangor has recorded an average of 53 confirmed dengue cases every day this year and the number of cases has spiked in the last two weeks. Petaling Jaya recorded 126 confirmed cases in the second week of December compared to 80 cases in the first week while Subang Jaya had 157 confirmed cases to 135 previously.

Petaling Jaya mayor Datin Paduka Alinah Ahmad who is in Mecca performing the umrah urged schools to cooperate with the City council to combat dengue.

“I urge Parent Teacher Associations (PTA) to ensure principals clean up the school compound. Our health inspectors will visit all 87 schools in PJ to brief the headmasters. As of now, five schools have been inspected and fogged,” she added.

In JOHOR, health department director Dr Mohd Khairy Yaakub said the number of dengue cases and deaths in the state have more than doubled since last year.

Describing the trend as frightening, he said the figure would rise further if not tackled immediately.

“In 2012, the state registered 1,570 cases with one death but this year (as of Dec 17), the cases have spiked to 4,530 with a total of 19 deaths. The statistics are frightening as not only are the number of dengue-related deaths rising but we are witnessing more and more younger victims being brought in.

“It looks like the awareness or fear of the disease has yet to sink in. We all have to work together to clean up areas not only within our homes but the surrounding areas as they all can be breeding grounds for larvae,” he said.

He said dengue cases increased by 29.33% with 979 cases reported this year compared to 757 cases in the corresponding period last year.

He said the state health department had taken various steps to curb the spread of dengue including increasing “search and destroy” activities at high risk areas such as construction sites, unoccupied land and illegal dumping grounds.

Keep Aedes away with garlic, lemongrass, rosemary and coffee