PETALING JAYA: It has been twenty years, and the United States still remembers the Malaysian Armed Forces' role in helping the US Army’s 75th Ranger Regiment, 10th Mountain Regiment and 160th Special Operations Air Regiment escape from the First Battle of Mogadishu.

In a statement issued after visiting the Malaysian Peacekeeping Centre at Telok Kemang near Port Dickson to mark its successful achievement of full training capability, Tom Kelly, the acting assistant secretary of state for political-military affairs, said the United States owed a debt of honour to the Malaysian Armed Forces for putting their lives on the line to rescue their soldiers.

"The deeds of Malaysia will be remembered forever and the United States offers a million thank-yous for the brave actions of the Malaysian Armed Forces to rescue our soldiers in the incident twenty years ago. One Malaysian was killed and nine were wounded during the rescue operation in Mogadishu,” said Kelly.

The battle, immortalised in Ridley Scott’s movie Black Hawk Down and Mark Bowden’s book Black Hawk Down: A Story of Modern War saw a Malaysian, Corporal Mat Aznan Awang killed when a rocket-propelled grenade hit his Condor armoured personnel carrier during the fighting which ran from Oct 3 to Oct 4, 1993.

Nine other Malaysians were wounded during the fighting in which the Royal Malay Regiment were involved.

The omission of these losses in the movie caused outrage in Malaysia when it was released in local cinemas in January 2002.

The commander of the Malaysian forces in the 1993 incident, Brigadier-General Abdul Latif Ahmad commented that Scott’s movie depicted the Malaysians involved as “mere bus drivers to ferry them out.”

Aside from the Malaysian casualties, one one Pakistani soldier was killed and two were wounded.

Both nations were part of the United Nations Operation in Somalia II, which was in Mogadishu during the battle which began as an American operation to capture the leaders of the Habr Gidr clan, led by warlord Mohamed Farrah Aidid.

The operation, led by Major General William F. Garrison ended up as the US Army’s bloodiest battle since the Vietnam War at that time, with 18 killed, 73 wounded and one captured by Somali militia.

It is estimated that 800 members of the Somali militia were killed during the battle. 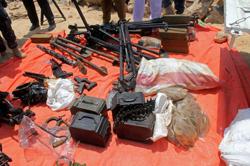 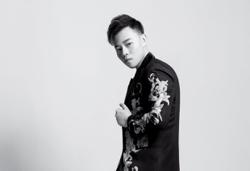