We have no choice but to increase rates, says Astro

KUALA LUMPUR: Astro has defended its move to increase some of its charges, saying that the phenomenal costs of premier global sports is being passed down to fans around the world – and Malaysia is not exempted.

Astro chief operating officer Henry Tan said the cost of broadcasting the Barclays Premier League (BPL) had risen by 2000% since it first started airing the matches in 1997.

Tan said critics of Astro’s move to charge an additional RM6 for their Sports Pack and RM2 for their Family Pack a month should keep in mind that the additional cost was imminent.

He said when costs went up by such a magnitude, broadcasters could only absorb some of the increases and had no choice but to pass it down to customers.

“Nobody likes a price increase, but the cost is going through the roof. What do you do?” he asked.

Tan noted that fans bore the cost of player transfers in the BPL, which could cost up to US$100mil (RM320mil), along with the annual salaries of top players, which can be between £30mil (RM153mil) and £50mil (RM225mil).

He said Asia was seen as a high BPL interest market with Malaysia, Singapore, Hong Kong and Thailand accounting for 43% of BPL broadcast rights cost, minus Britain.

Competition for broadcasting rights is also intense, with Astro having to bid against local and regional competitors.

However, Tan stressed that every price increase went through the due process and all regulatory bodies were informed and consulted in advance.

“As a licensed broadcaster, Astro takes its obligations and responsibilities seriously,” he said.

Tan added that Astro stacked up pretty strongly in terms of depth and coverage in their sports package, compared to other broadcasters worldwide.

MCMC Strategic Communication head Sheikh Raffie Abd Rahman said service providers were allowed to set the price according to market forces although it had to be based on strong reasons.

“Our advice to consumers is to choose subscriptions that are best suited to their budget,” he said.

Fomca secretary-general Datuk Paul Selvaraj said Astro was essentially a pay television and consumers could exercise their choice on whether they wanted to subscribe or not. 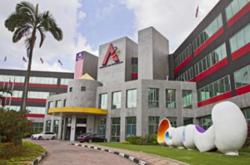 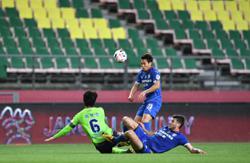 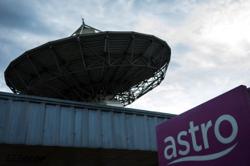