Heng said she was “disgusted” looking at the way Anwar was using his wife to strengthen his political power instead of his own efforts.

“This is uncalled for and unacceptable to all women in Malaysia or internationally,” she said in a statement on Saturday.

Heng, also MCA deputy national organising secretary, said Anwar had forced Dr Wan Azizah to step down as Permatang Pauh MP after the 2008 general election so he could contest the seat via a by-election.

She said the same might happen next year, with Dr Wan Azizah forced to resign either directly or indirectly, so Anwar could satisfy his “personal political ambition”.

“This proves that Anwar has no respect for his wife or women in elected office. They are getting the sore end of the a deal in PKR.

"In this, no one can deny that Wan Azizah is being manipulated by Anwar for his own political gains,” she said.

Heng questioned whether the women leaders in PKR and Pakatan Rakyat such as Teresa Kok, Chong Eng and Zuraida Kamaruddin would continue to keep quiet about the issue.

“For Wan Azizah to step down simply to give way to the husband for PKR’s presidency, this is a big insult to Malaysian women of the 21st century as well as tarnishes our efforts in women’s rights and gender equality efforts for the past few years,” she said. 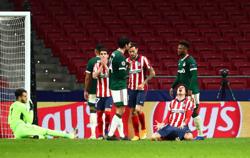