‘Mountain must be quarried first’ PETALING JAYA: The southern part of the 400-million-year-old Gunung Kanthan must be quarried first before underground limestone reserves can be accessed, said Lafarge Malaysia Berhad.

It’s Kanthan plant manager Sekar Kaliannan said that this was a normal practice for many quarries but the situation also depended on the landscape of the area.

He explained it was only possible to do underground mining once the upper deposits had been quarried and a sufficiently large space created.

“An appropriate-sized area is required to safely access the limestone below the surface as benches need to be developed at each level,” he said when interviewed.

Sekar was responding to environmentalists’ calls for Lafarge to do underground mining instead of extending quarrying activities to the rest of the limestone hill.

He said that the Lafarge management had clarified its definition of underground mining with the Malaysian Nature Society (MNS) during a meeting on Monday.

“Mining techniques deployed are dependent on geological and hydrological conditions. Each situation is very unique and the area where underground mining takes place needs to be very stable,” he said, adding that Lafarge had taken all the factors into account before deciding to extend its quarrying activities.

MNS president Prof Dr Maketab Mohamed had urged Lafarge not to quarry zones C and D of Gunung Kanthan in Ipoh due to its huge amount of biodiversity.

The limestone hill is also home to the endemic trapdoor spider Liphistius Kanthan, which is critically endangered, and the Serow goat Capricornis Sumatraensis, listed as totally protected under the Wildlife Conservation Act 2010.

There are also three Taoist and two Hindu cave temples, as well as a Buddhist monastery located at zones C and D.

Sekar said Lafarge would only make the final decision on how to launch quarrying operations in both zones once it completed relevant biodiversity studies on the area as well as management plans for sensitive areas.

He said that around 18 months of preparations were required before quarrying, currently confined to zones A, B and E, would start in zone C.

A team from University Malaya’s Institute of Biological Sciences, led by Prof Dr Rosli Hashim, is partnering with Lafarge’s International Biodiversity Panel to identify areas on Gunung Kanthan which could contain sensitive biodiversity.

“Moving forward, Lafarge remains committed to preserving biodiversity and will be working with the University Malaya team as well as MNS to address concerns raised,” he said.

Forest Research Institute of Malaysia plant taxonomist Dr Ruth Kiew last week refuted Lafarge’s statement that an initial assessment of area C showed that the area was “biodiversity non-sensitive”, pointing out that the Serow goat made its home there. 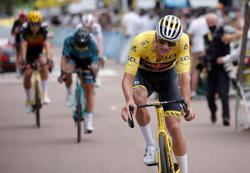