Sabah leaders: We made right choice

KOTA KINABALU: Fifty years after the formation of Malaysia on Sept 16, 1963, Sabah leaders who were closely involved in the negotiations say they made the right choice in joining the federation.

The leaders believed that the decision to join the federation brought about much-needed security for the development of Sabah, considering that the state was ill-prepared for independence as Britain wanted to quit all its colonies.

Tan Sri Abdul Majid Khan, who was closely involved in the events leading to the formation of Malaysia when he was a personal assistant to the late Tun Fuad Stephens, said Sabah would not have been able to survive on its own as was viewed by the then expansionist Indonesia under President Sukarno.

Moreover, at the same time, Philippines, then led by President Diosdado Macapagal, also staked a claim on Sabah, he said.

Majid, who was a minister in the Berjaya-led state government (1976-85), was among four speakers – together with former chief ministers Tan Sri Peter Lo and Tan Sri Mohd Harris Salleh, and former federal minister Tan Sri Abdul Ghani Gilong – who shared their thoughts at a forum titled Formation of Malaysia – Sabah’s Untold Story organised by the Sabah Society on Wednesday evening here.

According to Majid, when the British told Fuad in 1960 that they were quitting all colonies, except for Hong Kong, Fuad met with key Sabah leaders, including Tun Mustapha Harun, to discuss Sabah’s future. At that time, Sabah had 300 graduates, consisting of two bumiputras, slightly over 100 Chinese, and the rest British and other expatriates.

“We were not ready when the British was pushing independence,” he said, while explaining that Tunku Abdul Rahman’s proposal for Malaya, Singapore, Sabah and Sarawak to form Malaysia in May 1961 slowly gained interest.

According to Harris, who was the secretary-general of Usno under Tun Mustapha, the safeguards for Sabah remained under the Constitution, and it was now up to the elected representatives in Parliament to uphold the interests of the state.

“Parliament is supreme. It is up to Sabah representatives to ask for things and to protect their people’s interest,” he added. 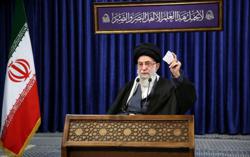