Survivors tell of angry and unstable bus driver before crash

KUALA LUMPUR: Sur­vivors of the bus crash in Genting Highlands told horror stories of an angry bus driver Lim Kok Ho (pic) who seemed unstable in his actions – almost with a death wish – before the tragedy at 2.20pm on Wednesday. 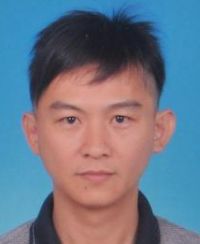 “It was like he deliberately wanted to kill us. He made no effort to swerve to the emergency escape ramp which was directly before the spot where the bus went over into the ravine,” said Tan Ming Shing.

Tan, 26, claimed the driver, who was also killed in the crash, had been speeding down the slope although he knew the brakes were faulty.

“Barely minutes after starting the journey to go downhill, the bus nearly hit a pillar.

“Several hundred metres on, the driver made a sudden turn and this caused a Honda City to nearly hit us,” he said when interviewed at Hospital Kuala Lumpur.

Tan, a kitchen worker in Genting, said both drivers then stopped their vehicles and started shouting and gesturing angrily at each other before driving off.

He claimed that the driver mentioned something about the brakes not functioning, but did not allow anyone to get off the bus.

“All of a sudden, he swerved again and many of us screamed in fear. And the bus crashed into the ravine.”

At the Selayang Hospital, 14-year-old Canadian Rwaanok Arefin said the driver had started driving angrily after his encounter with the Honda City driver.

“Some of the passengers scolded him and asked him to slow down.

“This only angered the driver further and made him drive even faster. It was then that he lost control and the bus plunged into the ravine,” said Rwaanok who is on holiday with his family for the first time in Malaysia.

A third survivor with a similar account is Nur Syamimi Ja’afar, 25.

“I saw the bus driver gesturing angrily at the Honda City driver,” she said.

After that, the bus driver was heard grumbling angrily and Nur Syamimi said he drove the bus even faster.

Nur Syamimi was with her younger sister, Nur Fathiah, 21, in the bus when the accident took place. Nur Syamimi broke her arm in the crash.

“The bodies were covered in blood and people were screaming in pain. I even heard a man screaming for help outside the bus. He may have been flung out but I could not help him. I couldn’t move my left arm.”

Nur Syamimi, from Terengganu, said the bus was completely packed with about seven people standing before the crash.