PETALING JAYA: Netizens across the country, including celebrities and politicians, have shared how they felt while fasting in support of the #Fast4Malaysia campaign.

The #Fast4Malaysia campaign started on Malaysia Day in 2009 when a group of individuals mooted the idea of urging Malaysians from all races and religions to experience fasting for a day to promote unity and peace.

Miss World Malaysia 2009/2010 Thanuja Ananthan said it was the first time she tried to fast during Ramadan.

“For me, it is more the thirst than hunger. Keeping happy and busy is always the best way to go.

“It was not easy as I felt like wanting to drink a few times,” said Thanuja.

Serdang MP Dr Ong Kian Ming said that it was not his first time fasting as he had tried it two years ago.

“In the earlier part of trying to fast, I tried to eat only lunch, and later, I slowly reduced everything and only drank water,” he said.

For Ong, the hardest part lies in explaining to his non-Muslim friends the reason he fasted.

“The reason behind it is to experience how my Malay friends feel during this period.

“Some of my friends had asked me whether I had converted to Islam.”

A Netizen with the tweet handle of Rebecca Chong said “fasting really teaches me how important integrity is. It’s so easy to cheat; just to take a sip of water or a light snack.”

Wilson Moy shared that he was “Joining #Fast4Malaysia today in unity with many other Malaysians regardless of race. To a brighter Malaysia!”

For Viji Rajasundram, the craving for caffeine proved to be the challenge.

“It is 11am. My coffee withdrawal headache is kicking in. But not feeling hungry. Not missing my usual big breakfast ... Yet.”

Another user with the tweet handle StephLuhat said “just over an hour left to buka puasa here in NZ!!! Hang in there!”

“Many are fasting with their friends and family, so the number of people participating is expected to be much higher.” 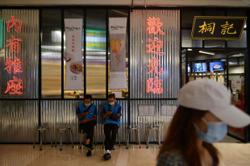 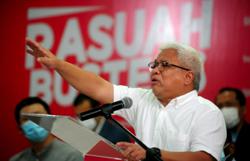