KUALA LUMPUR: Arab Malaysian Bank founder Hussain Ahmad Najadi was walking to his car with his wife as the usual lunch-hour crowd flocked to the stalls along Jalan Ceylon in the heart of the city after negotiating a land deal at the Kuan Yin temple.

The 75-year-old was not to know that three killers were waiting for him. One of them opened fire, hitting him in the chest and lower abdomen. He died on the spot.

His 49-year-old Malaysian wife, Cheong Mei Kuen, was wounded in the arm.

She was rushed to the Tung Shin Hospital in Jalan Pudu before being transferred to the Prince Medical Court in Jalan Tun Razak for surgery.

The assailants fled in a taxi. 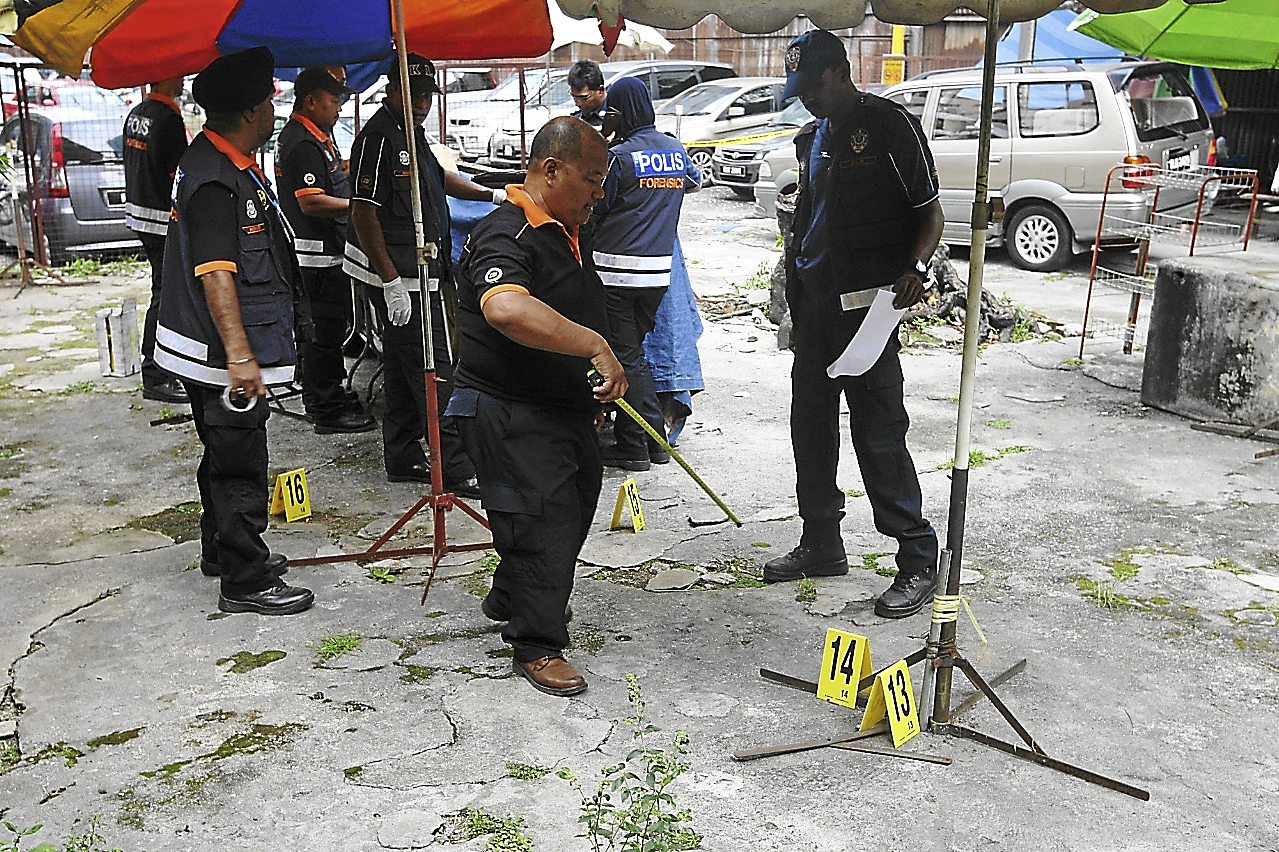 Looking for clues: Police officers investigating the crime scene where Najadi was shot dead after coming out from Kuan Yin temple (below).

“We believe three men were responsible for the attack.

“They escaped in a Proton Waja taxi,” he said, adding that the three, believed to be between 35 and 40 years old, had waited outside the temple while Najadi was negotiating the deal with his business partners.

“We are not ruling out any possibility,” said ACP Zainuddin, adding that police had begun efforts to identify and track down the trio.

“We are confident the culprits will be brought to justice as soon as possible,” he said.

Najadi’s son Pascal, who spoke to The Star over the phone from Moscow, was shocked by the killing in broad daylight.

“How could this happen in the nation’s capital? “This is not the Malaysia my father knew and loved, and the whole world will be watching to see how the authorities handle this case,” he said.

A waiter at one of the stalls said he was serving customers at about 1.50pm when the shooting occurred.

“I did not hear any loud sound or notice anything unusual.

“I was busy serving our usual lunch-hour crowd,” said the 45-year-old, who realised there had been a shooting only when police cars drove up with their sirens on.

The shooting in Jalan Ceylon comes on the heels of an attack against MyWatch chairman R. Sri Sanjeevan in Bahau, Negri Sem­bilan.

He was shot by a man on a motorcycle while driving at about 4.30pm on Saturday.

On Sunday, Jasrafveen­deerjeet Singh from Tambun was shot dead outside a restaurant in Ipoh.