BESUT: The results of the Kuala Besut by-election will only be announced after 10pm on July 24 to enable supporters of the contesting parties to carry out their religious obligations during Ramadan.

Election Commission deputy chairman Datuk Wan Ahmad Wan Omar said the returning officer would wait until all parties had broken fast and performed the tarawikh prayers before announcing the results.

“Even if we have results early, we will wait till 10pm to make the announcement,” he said after monitoring the early voting process at the Gong Kedak air force base.

A total of 1,148 military and police personnel and their spouses were early voters in the by-election.

Regular voters will cast their votes on Wednesday. 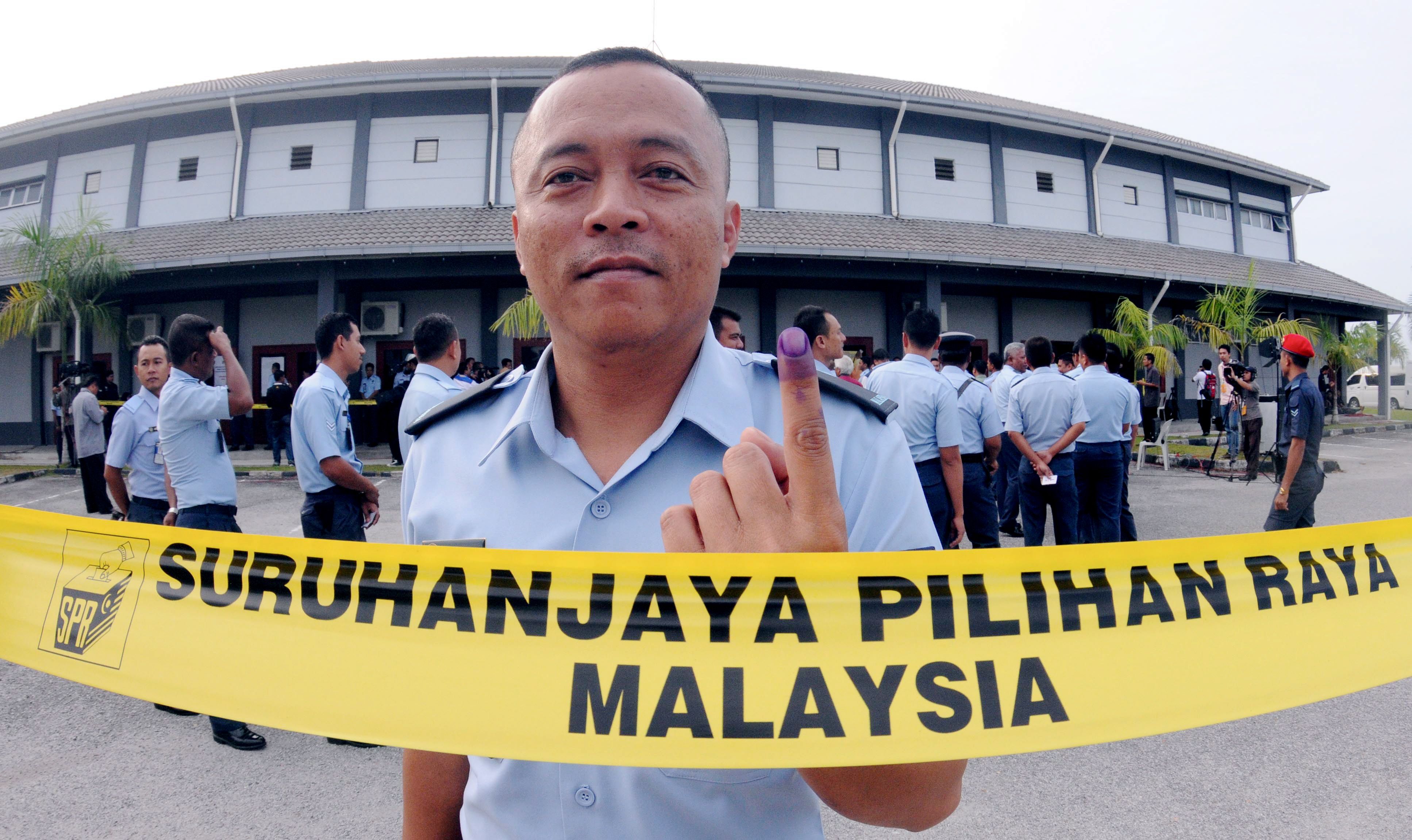 An army personnel member showing his ink-tainted finger after casting his ballot during the early voting in Kuala Besut. — Bernama

Wan Ahmad said that although polling was on a working day, the EC expected the voter turnout to be about 75% as many lived and worked in the area.

On the new indelible ink used for the first time in the by-election, Wan Ahmad said tests showed the stain would remain on the finger for days.

“I am confident that it fulfils the purpose of using indelible ink in our elections,” he said, reiterating that there was no way that a person could vote twice in an election because the electoral roll was clean.

On demands by Pakatan Rakyat that the EC remove Section 9 (a) of the Election Regulations Act so that the electoral roll could be challenged, he said doing so would make it difficult to hold elections.

“If there is a vacancy, the seat must be filled in 60 days. If we allow the electoral roll to be challenged, when are we to hold an election because there will be never ending challenges to it,” he said.

Wan Ahmad said before the electoral roll could be gazetted, it would have to go through legal processes, including an objection period and public investigation should there be a complaint.