Home Minister Datuk Seri Hishammuddin Tun Hussein said two would be in Lahad Datu and Kudat while the third an Integrated Immigration Control post would be in Kerakit at Sabah's northern-most Pulau Banggi.

He added that 12 pre-fabricated cabins that will be used as temporary offices were sent to the areas by March 28.

“Six are for Lahad Datu, four for Kudat and the remaining two for Kerakit,” he added.

Speaking to reporters after visiting the Lahad Datu CIQ site here yesterday, Hishammuddin said that 14 officers would be placed at each of the three CIQs, including intelligence and enforcement personnel from the Immigration Department.

He said the move to set up a CIQ centre in Lahad Datu was in line with an April 7, 1993 gazette that allowed it to be an entry point to the state.

“This will enable us to tighten our security along Sabah's east coast border and also allow foreigners with proper documents to enter the state legally,” he said.

Hishammuddin said this would also help to ensure better monitoring of movement in and out of the East Sabah Security Zone apart from ensuring the safety and security of merchant ships passing through the area. 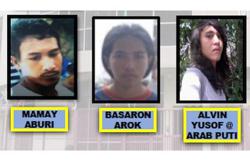 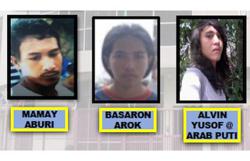