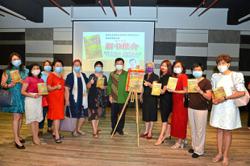 GEORGE TOWN: It is a shame that for so young a girl, 14-year-old Yeoh Lay Kee has had to carry one heavy load after another.

First, the SMK Sacred Heart student had to take care of her bedridden father, Yeoh Pong Leong, 58, when her mother was diagnosed with colon cancer.

Then, she discovered that her 53-year-old mother Khoo Ah Siew's cancer had spread to her backbone.

Lay Kee's 75-year-old grandmother Lim Ah Too now leaves her blind husband at home and travels 10km by bus every day to help out the Yeoh household at their low-cost flat in Taman Emas in Teluk Kumbar, near here.

Being old and fragile, she recently fell and fractured her arm but that has not stopped her from keeping an eye on Lay Kee and her 17-year-old brother, Chee Ping.

The boy has stopped schooling to support the family by repairing and selling handphones.

On July 30 last year, The Star reported that Lay Kee had to feed and sponge her father as well as change his diapers daily as her cancer-stricken mother had to undergo surgery and chemotherapy treatment at the Penang Hospital.

The young girl also had to skip classes to take care of her father when her mother was diagnosed with the illness and was forced to stop working as a cleaner.

However, in August, the Silver Jubilee Home for the Aged took Yeoh in to ease the family's burden.

Hearing of the family's plight, generous donors, including Penang Chinese Chamber of Commerce president Tan Sri Tan Kok Ping, who is also the development chairman of the Silver Jubilee Home, and Pertubuhan Wanita Mutiara, led by Betty Chew, who is Kota Laksmana assemblyman and wife of Chief Minister Lim Guan Eng, have stepped in to help.

Before this, the family only survived on Chee Ping's meagre income of a few hundred ringgit plus RM300 from the Social Welfare Department, said social worker Ang Chye Hoon, who is close to the Yeoh family.

Praising Lay Kee, she said that despite her sad family circumstances, the girl was doing well in school.

Ang said Khoo would be discharged from hospital later this week and placed at the Pure Lotus Hospice of Compassion.

“Now, I can continue my studies and fulfil my dream of becoming a teacher one day,” she said. 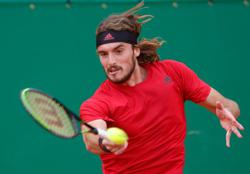