KAJANG: The MCA has “sacrificed” a nearly completed four-storey building for the party here for the Sungai Buloh-Kajang line of the mass rapid transit (MRT) project.

This follows strong protest by residents and property owners to the initial alignment which would have led to the demolition of 28 shoplots along Jalan Besar in the town centre.

The protests came after the plan was put up by developers MRT Corp for public display last year.

In the re-alignment, MCA had agreed to demolish its RM1.5mil building, which would have housed the party's Hulu Langat division headquarters.

Work on the building started in 2010 and was said to be about 90% completed.

“It was not an easy decision to make but sacrifices need to be done for the sake of development,” said Selangor MCA chief Datuk Donald Lim at a public briefing by MRT Corp here yesterday.

MRT Corp is a government-linked company set up for the purpose of carrying out Malaysia's first integrated mass rapid transit railway.

Lim, who is Deputy Finance Minister, thanked the Hulu Langat MCA, saying if not for their sacrifice the 28 shoplots would have to be demolished.

He said the amount of compensation was still under discussion.

Division chairman Lee Ban Seng said construction stalled a few months ago after MRT Corp informed them the building had to go.

He said the division had yet to decide on a new location for its headquarters, adding that they were currently housed in a rented shoplot.

MRT Corp director of Stakeholders and Land Haris Fadzilah Hassan said MRT Corp had another re-alignment plan that would not affect the MCA building.

He added that, however, it would affect a housing area and at least 13 terrace houses would have to be acquired for the purpose.

“Traffic impact during construction would be less with this new alignment as it will avoid the town's main thoroughfare,” he said.

Under the MRT plan for the town there would be three stations, with “park and ride” facilities serving between here and Saujana Impian Kajang.

The Kajang town station will share the Kajang KTM Komuter station and passengers will be able to switch lines.

The 51km Sungai Buloh-Kajang line, which is the first under the MRT project, is expected to be fully operational by 2017.

It will have 31 stations and an estimated 88-minute end-to-end journey time. 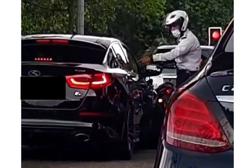 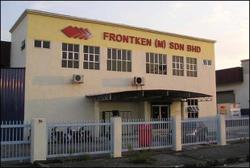