BANTING: The Selangor Government is waiting for legal advice before acting on the findings of the Royal Commission of Inquiry (RCI) report.

“The Royal Commission has done its part. There are a lot more technical issues to be highlighted in order to give assurance, especially to the people of Selangor, on how detailed the report is,” he told reporters after attending a programme with the peo-ple of Kuala Langat district near here yesterday.

On Feb 17, Malik announced that the state government was withdrawing from the inquiry due to the inconsistencies on the part of the Attorney-General who was filing for a revision of the open verdict delivered at an earlier inquest into Teoh's death.

Abdul Khalid said Selangor was also embarking on a fact-finding mission over a state secretary's directive that its civil servants could only be questioned by the MACC at their respective offices.

“We hope to get the whole report ready within a week,” he said.

The circular, signed by former state secretary Datuk Ramli Mahmud and drafted after Teoh's death, said that the Selangor state executive council decided that all staff were not allowed to be interviewed by MACC officers except at their state secretariat building. - Bernama 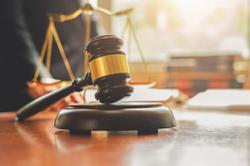