Scheduled to be completed in 2012, the terminal would be known as KLIA2, he said.

Najib said the low cost terminal had been given development priority due to booming budget travel and KLIA2 was estimated to meet low cost travel needs for the next 10 to 15 years.

He said this was a variation from the original KLIA masterplan as low cost travel and its extraordinary boom in this part of the world was not previously envisioned or anticipated.

"Fortunately for us, we were dynamic in our adaptability and able to accommodate the low cost carriers needs for the past few years at the current LCCT.

“However, the time has come to once again revolutionise the airport terminal design for low cost carriers and passengers in order to stay ahead of the competition," he said at the ground breaking ceremony of KLIA2

The RM2bil project, with a capacity to handle 30 million passengers, was due to be completed by the end of 2011 but was delayed.

The project will also link the main terminal of KLIA to the KLIA2 via a 2km extension of the Express Rail Link.

The existing LCCT has already breached its initial capacity for handling 10 million passengers.

Most importantly, Kong said, the new terminal would have an integrated transport hub, connecting various modes of transportation such as taxis, buses and the Express Rail Link (ERL) service.

“The market has long awaited this new terminal that will fulfill our long-term aspiration to cater for the growth in low-fare air travel for both the airlines and passengers.

“The aviation industry anticipates the emergence of more new low-cost carriers that will rival the full service carriers.

“It is crucial the new terminal is designed and built to capture and accommodate the future market of air travel and positioned as an attractive hub for airlines, not only regionally but also globally,” he said in his speech at the ground breaking ceremony of the new terminal by Prime Minister Datuk Seri Najib Tun Razak.

Kong said the aviation industry was undergoing a paradigm shift with the accelerating growth of low-cost carriers defining the future of air travel, especially in Asia.

He said that last year, due to tremendous increase in demand for low cost travel, the LCCT Phase 2 was extended further to cater for 15 million passengers yearly as a temporary solution and even then, authorities had underestimated the magnitude of the growth and had to look again for a solution to cater for the rapidly growing traffic.

The present LCCT was built in 2006 and was designed to accommodate 10 million passengers annually.

The minister also commended Malaysia Airports Holdings Berhad for its efforts to engage stakeholders to ensure the new terminal would be built to meet the requirements of all, including airlines, ground handlers, public transport network, government agencies, local authorities and the standards set by International Civil Aviation Organisation (ICAO).

“MAHB's foresight in the designing and planning stage serves as a critical success factor of the new LCCT.

“It is crucial to anticipate the future requirements for air travel, especially with the impending implementation of the Asean Open Skies policy in 2015, which will open up greater opportunities and expand our market potential exponentially,” he added.

Related Stories: LCCT will be turned into cargo terminal Parliament: Sepang LCCT to be ready on time 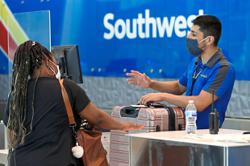 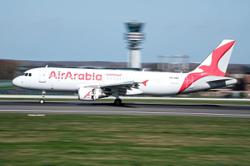 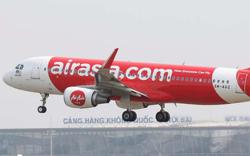