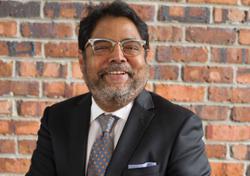 PETALING JAYA: A TV commercial entitled Funeral, directed by the late Yasmin Ahmad, won one of the two highest awards at the 2009 Kancil Awards on Friday night.

The three-minute film, commissioned by the Ministry of Community Development, Youth and Sports Singapore (MCYS) to promote marriage, clinched the Golden Kancil in the film category at Malaysia’s premier advertising awards show.

It shows a woman (played by Jo Kukathas) addressing the people at her husband’s funeral, saying that she hoped her three children would also find life partners who were as “beautifully imperfect” as her husband was.

MCYS communications and international relations division director Richard Tan Kok Tong, who was present at the Kancil Awards ceremony, told reporters that marriage was a value which was quite universal and the ministry was at first afraid that the idea was something that the public might not accept.

“Somehow, Leo Burnett Advertising (the agency in which Yasmin was executive creative director) got the right strategy using a funeral to promote marriage. It inspired a lot of people around the world,” he said.

The ministry, he added, received a lot of responses from all over the world as people were wondering why the commercial was using such an odd idea to promote marriage.

Leo Burnett/Arc Worldwide Malaysia chief executive officer Tan Kien Eng said the viewership of the ad on YouTube was 2.5 million so far and that Yasmin was the one who crafted the script and directed the commercial.

“I would say that Yasmin’s style has created a benchmark for the industry, even as far back as 15 years ago. I would say that it is about humanity; it is not about winning an award. It is about touching and engaging people,” he explained.

Leo Burnett also grabbed the Agency of the Year award. Besides the Golden Kancil, it racked up a gold, two silvers and seven bronzes at the ceremony organised by the Association of Accredited Advertising Agents Malaysia.

Tan said Leo Burnett was shocked to get Agency of the Year, adding: “We will continue the agency’s legacy and continue to do well going forward with our talent and clients.”

The only other Golden Kancil winner of the night was IF Interactive Sdn Bhd for its digital installation at the National Art Gallery entitled Seconds Away, done for the Kuala Lumpur Design Week 2009.

Four chairs were installed in a line in front of a big screen that reflected like a mirror. Whenever someone sat at a chair, he could see on the screen himself plus others who had sat earlier at the now-empty chairs. This special effect was achieved via a motion-tracking camera.

IF Interactive creative director Liew San Yen said many local designers were very confined to their own circles, and everyone was actually closer than he or she thought “without (the boundaries) of space and time.”

“The message was that designers should collaborate,” he said. 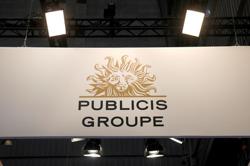