KUALA LUMPUR: Police have arrested 11 people in connection with the alleged abduction of “Bangsar Shan,” a suspected crime kingpin, on Aug 29.

Criminal Investigations Department director Comm Datuk Seri Mohd Bakri Zinin said the men were picked up in series of raids a week after a report was lodged.

“There are allegations that police officers were behind his disappearance, but let me categorically say, this is not true and we would never act in such a way that is above the laws of this country,” he said.

He said they were still unsure if Bangsar Shan was still alive, but police were looking for four men to assist in investigations.

He declined to elaborate, but suggested the motive behind his abduction may be due to a turf war between two gangs.

Earlier it was reported that Bangsar Shan, whose real name is R. Ravi Shankar, 40, owns several nightspots and manages several parking lots in the Klang Valley.

He is also believed to be a leader of a notorious gang that goes around extorting money from entertainment outlets and other businesses in the city centre, Bangsar and Desa Sri Hartamas.

It is learnt that Bangsar Shan was picked up at a pub in Kuala Lumpur in May, but was later released.

His wife Sheila Kaur, 35, reported that her husband Shan was repeatedly stabbed, punched, kicked and handcuffed before he was abducted by five men in front of her and their children at a plant nursery in Bandar Makhota Cheras.

She said when her husband tried to put up a fight, he was stabbed three times with a pocket knife.

He was then allegedly handcuffed before being forced into the boot of the car. The family have not heard from him since. 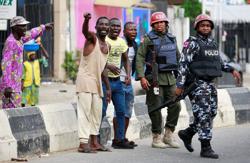 Burned-out buildings and armed gangs in Lagos despite president's plea 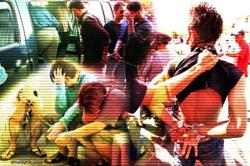