Land to be set aside for Bangsar temple

He was speaking to reporters after discussions with the temple committee, the Malaysia Hindu Sangam and MIC branch leaders at the temple last Thursday.

Lembah Pantai MIC chief R. Narayanan said the temple had been in existence for the past 80 years.

He said that at one time, there were about 700 Indian families living in the area.

He said that although flats had been built in the surrounding areas due to development, devotees continued to flock to the temple.

Temple chairman N. Subramaniam said he hoped the developers would consider an earlier request to allocate the land where the existing temple is situated.

> Malaysia Nanban reported Minister in the Prime Minister’s Department Datuk Ahmad Zahid Hamidi as saying that government funds and development projects had never been used to attract voters during general elections or by-elections.

He said there was no truth in the allegations being made by opposition parties. 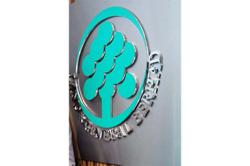