NS Dept doing its best to exempt Jane from training

National Service Training Council chairman Datuk Dr Tiki Lafe confirmed he had taken the first step by signing a letter to allow her training to be deferred. 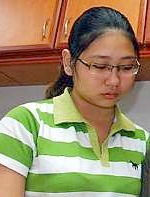 “We understand the word deferment does not sound nice to the parents because they may think Jane needs to go for training in future.

“But don’t worry, we know what to do. Leave the matter to me and the department,” he told reporters after visiting a Trainees’ Health Management seminar for NS health officers in Ayer Keroh yesterday.

Dr Tiki said the department was not cruel so as to force trainees undergo training, adding that he had put himself in the parents’ shoes.

“If there are any chances, or some loopholes that we can use, we will excuse all these children on compassionate ground,” he said, adding that the department had received about 4,000 deferment applications.

Dr Tiki said he would like to exempt Jane if he could, but, there were rules and regulations.

“The moment we do not observe the rules, then everybody will start asking (for exemption) and the whole training programme will turn upside down,” he said.

Jane is seeking exemption from NS duty after her parents Lim Geok Kim and Meng Yeok said they would not let their only surviving child to attend training.

Their 20-year-old son Ricky passed away on Sept 15 – nine days after completing his three-month NS stint at the Lagenda Gunung Ledang Asahan camp.

On another matter, Dr Tiki said two camps out of the 87 camps nationwide were closed owing to landslide and location problem.

One is in Balik Pulau in Penang and the other in Sipitang, Sabah.

The rest of the 85 camps are ready for the next batch of trainees beginning on Dec 27.