KL Fest gets off to a colourful start

KUALA LUMPUR: The KL Festival 2008, to be held throughout July, got off to a colourful start at its official launch last night.

The festival, which is in its third year, will showcase 82 activities including 52 performing arts, visual arts, literature and language, heritage and traditional games. 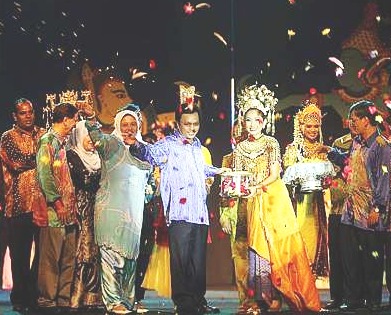 “The festival is an important platform for locals and tourists to treasure and appreciate the culture, arts and heritage of the various races in Malaysia.

“It is in line with efforts to place Kuala Lumpur as an international hub for arts, culture and heritage,” he said at the launch held at the KLCC Park.

There were traditional performances by schoolchildren from Tambunan, Sabah and an Indian classical music performance by Indian Grammy award winner Vishwa Mohan Bhatt.