IPOH: Parti Keadilan Rakyat (PKR) has set several criteria for the potential candidate who will take up the post of Ipoh mayor.

PKR national vice-president Dr Lee Boon Chye said the candidate should be able to serve full-time, and should have sufficient experience to deal with civil servants. 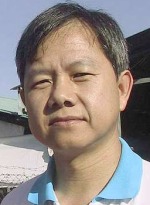 “We don’t want someone who has to leave office to attend Parliament all the time,’’ he said yesterday. “It should not be held by an elected representative,” he added, commenting on PKR’s stand on the Ipoh Datuk Bandar post.

Speculation has been rife that Ipoh Barat MP M. Kulasegaran was keen on filling in the post but his interest has been shot down by several quarters.

The post has been vacant since the Datuk Mohamad Rafiai Moktar retired early this month.

Dr Lee, who is also Gopeng MP, said the person for the Datuk Bandar’s post should be able to handle city affairs on a full-time basis.

“We have a candidate. We want the person to be able to run the city hall well, a full-time person and one who is able to implement policies in the spirit of Pakatan Rakyat,” Dr Lee said, adding that the candidate should also be people-friendly.

“The candidate must also be experienced in dealing with government servants,” he added.

“We will be presenting our case at a meeting with Pakatan Rakyat leaders on Tuesday (tomorrow),” he said.

As such, he said, certain policies implemented could be seen as a conflict of interest.