PUTRAJAYA: Twenty-nine election petitions were filed in various high courts nationwide at the end of the April 29 deadline.

Of the petitions, 12 were for parliamentary constituencies and 12 for state seats. 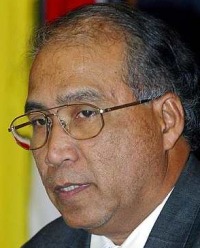 “There were no petitions filed in Malacca, Johor, Kelantan, Penang, Pahang and Selangor,” he said in an interview here yesterday.

Wan Ahmad said the majority of complaints were for corrupt practices under the Election Offences Act 1954 while others were disputes on postal votes.

The number of petitions was less than the 43 filed after the 2004 general election – 26 state and 17 parliamentary seats. Election judges had dismissed all petitions.

Wan Ahmad said the Election Commission had received copies of the 29 petitions, adding that today was the deadline for them to receive the documents.

“Now our legal officers are preparing to answer all the petitions and will work with the Attorney-General’s Chambers,” he said, adding that the respective high courts would decide the dates to hear the petitions.

Under the law, Wan Ahmad said, hearing for election petitions had to be completed within six months from the date the petitions were filed.