PENANG: An IT expert was fined a total of RM8,000 after he pleaded guilty in the Sessions Court here to three counts of offering to sell four pirated DVDs over the Internet.

Poh Wee Leng, 30, from Petaling Jaya, was fined RM2,000 for each infringing copy while his friend, Huan Su Ling, 25, who was jointly charged with him, was freed after the prosecution withdrew the charges against her.

Poh, who is currently pursuing a master's degree in Business Administration, yesterday admitted committing the offences at a house at Solok Tembaga Dua in Island Park here at about 1pm on Oct 12.

He and Huan had claimed trial when they were first charged on Oct 17.

The four titles of the pirated DVDs were Garfield: Tale of Two Kitties, Garfield, The Da Vinci Code and Mean Girl. The two Garfield titles were stated in the first charge.

Judge Hadhariah Syed Ismail ordered Poh to serve a total jail term of 18 months if he failed to pay the fine. Poh, who was represented by R.S.N. Rayer, paid up.

Poh was funded by Malaysia Venture Capital Management Bhd (MAVCAP) in 2004 to develop a portal for ROOMMART that allowed users to find roommates and accommodation.

MAVCAP is wholly owned by the Ministry of Finance Inc.

Huan, who is pursuing a master's degree in Computer Science at Universiti Sains Malaysia here, was given a discharge not amounting to an acquittal.

She had represented Malaysia at the Imagine Cup in Brazil in 2004 organised by Microsoft. 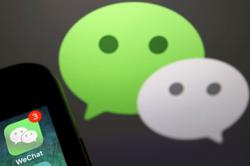 App remains out of circulation 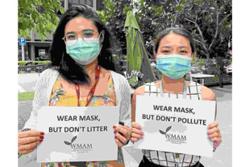 With All Due Respect 14h ago

Let us save Malaysia