KUALA LUMPUR: Bok House – a mansion that features classical European architecture in Jalan Ampang – may be listed as a National Heritage site.

This follows an appeal by the heritage activist group Badan Warisan Malaysia to include the building in the National Heritage registry.

Culture, Arts and Heritage Minister Datuk Seri Dr Rais Yatim said he met the Heritage Commission earlier this week to discuss the proposal on Bok House, which is better known to the present generation as the famous Le Coq D’Or restaurant.

“The decision would be known by next week,” he told reporters at a ceremony here to introduce batik as the attire to be worn by Amanah Raya Bhd (ARB) employees on the first and fifteenth of each month.

“We agree that too many heritage sites have been turned into normal buildings, but interest is growing to protect the Bok House,” Dr Rais said.

He added that if the Government decided to gazette it as a National Heritage site, the group must be prepared to undertake its maintenance.

Badan Warisan Malaysia had stated early this week that it feared the building would be demolished to make way for a 60-storey building on the site.

However, it said, there were certain criteria that warranted it to be a National Heritage site, including its importance in Malaysian history, its good design and aesthetic characteristics and richness, diversity and integrated features.

Badan Warisan president Tan Sri Ahmad Sarji Abdul Hamid had also stated that there was a clause in the will of the person who built the house in 1929, Cycle & Carriage founder Chua Cheng Bok, that his property may not be sold for four generations – which extends to 2025.

It is widely believed that Chua built the mansion to impress a rich man so that he could marry the man’s daughter but it is unclear if he ultimately succeeded in his goal.

Chua and his family lived in the house until it was occupied by the Yokohama Specie Bank in 1942.

They lived at the back portion of the building, while the main house was used as Le Coq D’Or restaurant, which operated for 43 years from 1958. Their quarters, however, were demolished in 1999.

The house, which is now unoccupied, was a venue for fine dining in the city in the 1960s and early 1970s.

While many reference books had mentioned its architectural, cultural and historical value, the building’s physical condition has deteriorated over the years. 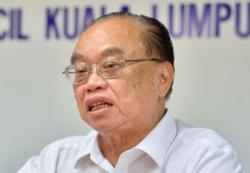 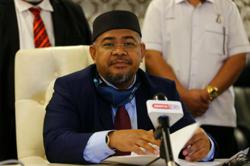 Movement curbs on Sibu, Kanowit and Selangau in Sarawak from April 22-26
Covid-19: Additional SOPs for five Sarawak divisions as cases surge
Opposition MPs hand over memorandum to King to end Emergency
Covid-19: Three fatalities bring death toll to 1,389
Machang tahfiz under EMCO from April 21-May 4
Takiyuddin calls on Bar Council, legal practitioners to act according to the law
Two schools in JB close for a week after siblings test positive for Covid-19
Sabahan grows lucrative business from durian seeds
Man killed after tree falls on him while farming
MCO violation: Perak govt appeals for lower fines against matriculation students