Our first opera to begin its run soon 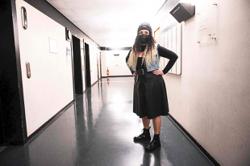 The elaborate production, which will start its week-long run from March 23 at Istana Budaya, is the brainchild of award-winning composer Saidah Rastam who was inspired to create a work that reflects present-day Kuala Lumpur.

“My inspiration is the electricity of what's happening here. I am a KL girl and these are the things we do here,” she told a press conference to announce the production.

The opera is set amid the flamboyant fashion industry and revolves around a young fashion designer, M, whose newly-found fame is being challenged by a younger designer, Kerabat.

The opera, directed by Jo Kukathas, features a score that fuses Western and Asian sounds, and costumes by Dominique Devorsine.

“Saidah was intrigued by the idea of beauty and inspiration and the idea of a muse,” said theatre personality Jit Murad, the librettist for the production. “It also gives a lot of visual opportunity.”

Leading the cast is local actor Khir Rahman and newcomer Doreen Tang, who plays M and Sepi. Playing the role of Kerabat is Singaporean George Chan.

M! The Opera, dedicated to the late Datin Paduka Seri Endon Mahmood, was launched by Nori Abdullah, chairperson of Yayasan Budi Penyayang Malaysia, who has helped bring the show to the stage.

“You need a convergence of a few leaders to push the performing arts forward,” said Yeoh.

“I feel there is so much energy in KL.”

M! The Opera runs until April 1. Tickets are priced between RM20 and RM150. 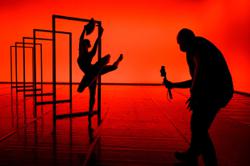