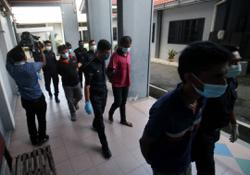 IPOH: Police are investigating the possibility that jealousy was a motive in the murder of a sales promoter in Taman Cempaka.

“The victim had multiple stab wounds in his stomach, chest and back of his neck,” he told reporters after the monthly state police gathering yesterday.

On Sunday, Lee’s decomposed body was found sprawled in a pool of blood in a storeroom of his neighbour’s house.

Police, acting on a missing person’s report lodged by Lee’s mother, had earlier detected a foul odour coming from the house while looking for him next door.

Lee’s body was found after police trailed bloodstains from a bedroom to the storeroom.

DCP Zainal said police had identified the main suspect in the case, a man in his 30s.

In the case of a Singapore-registered BMW which was stolen during a staged accident on Saturday, DCP Zainal denied that Singaporeans were being targeted by carjackers here.

“It is an isolated case. It does not happen all the time,” he said, adding that the vehicle had yet to be recovered.

He added that police were in the midst of establishing the ownership of a Proton Wira used by the carjackers, which was later found abandoned in Kanthan.

Earlier in his speech, DCP Zainal said 4,404 accident cases were recorded in Perak in January compared with 4,014 in the corresponding period last year, an increase of 390 cases. 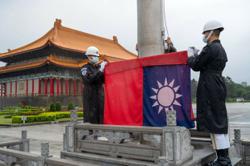