KUALA LUMPUR: The nude ear squat report by the special commission will be made public on Monday.

The Prime Minister's Office said in a statement yesterday the report would also be distributed to Members of Parliament and be published as a public document.

The report would be available at the Internal Security Ministry from 3pm on Monday.

The statement said the Cabinet had considered the report and noted the recommendations made by the commission headed by former Chief Justice Tun Mohamed Dzaiddin Abdullah to look into the standard operating procedures of the police relating to body searches on detained suspects.

The statement said the Cabinet agreed that all proposals on the Criminal Procedure Code (CPC) made in the report be referred to the Parliamentary Select Committee headed by Minister in the Prime Minister's Department Datuk Seri Mohd Radzi Sheikh Ahmad which is looking into the amendments to the code.

The commission was set up to conduct an inquiry into the issue of a woman forced to do ear squats in the nude at the Petaling Jaya police lockup.

The incident almost strained diplomatic relations between Malaysia and China when the woman was initially reported to be a Chinese national. She was later identified as a Malaysian during the inquiry. – Bernama 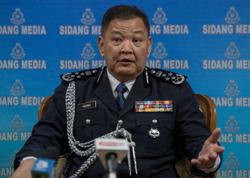