Trio plead not guilty to scam

They are alleged to have created a misleading appearance with respect to the price of Suremax Group Bhd shares on the Main Board of Bursa Malaysia through the sale and purchase of its shares via the CDS accounts, which caused the stock price to rise.

They also pleaded not guilty to an alternative charge of creating a misleading appearance of active trading of Suremax shares by being indirectly involved in the sale and purchase of Suremax stock that did not cause any change in the beneficial ownership of the said shares, executed through the same CDS accounts.

They are accused of committing the offence at Bursa Malaysia Securities Bhd in Exchange Square, Bukit Kewangan, between last Nov 24 and March 22 this year.

Impetus is an investment holding company while Suremax is a property development and construction firm.

This is said to be one of the biggest cases of market manipulation brought to court in Malaysia as it involved the highest number of CDS accounts at 12 stock broking firms such as CIMB Securities Sdn Bhd, Mayban Securities Sdn Bhd and K&N Kenanga Bhd.

Wong, who resigned from his post last December, and his two co-accused were given copies of the CDS accounts for their perusal before making their plea.

If found guilty, they can be fined a minimum RM1mil and jailed up to 10 years under the Securities Industry Act 1983.

DPP Ros Mawar Rozain urged the court to deny Wong bail because he had failed to turn up at the Securities Commission to assist investigations in June.

He went missing since then and the commission had to seek help from the Immigration department and the police to trace him, she said.

SC officers finally found him on Sept 21 at the Cititel Hotel, and they seized his passport.

The DPP also said that Wong had made contact with two prosecution witnesses last Friday and on Monday.

Counsel Gobind Singh Deo said Wong had co-operated with the SC throughout the investigation.

“My client called the investigating officer three times yesterday (Monday) because he wanted to go to Pulau Tioman. My client is a respected businessman and he does not need to stay in prison,” he said.

He said Wong could not have intimidated any witness because he was not charged then.

As for Ng and Bun, DPP Ros Mawar said bail should be set at RM1mil each, and the court should take note that Ng had permanent resident status in Taiwan and was without a permanent address in Malaysia.

Sessions Court judge Rosenani Abdul Rahman set bail at RM600,000 for Wong, and RM500,000 for the other two, and ordered them to surrender their passports. All three posted bail. 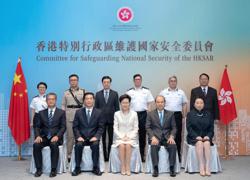 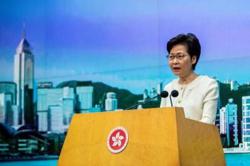 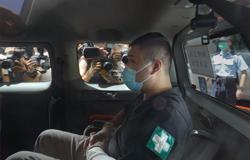