The rapid pace of socio-economic development in urban Miri has also brought tremendous benefits to the people living in the outskirts, including the natives living in farming settlements 60km from the city.

A group of Iban longhouse chiefs from Sibuti district acknowledged that the people living a distance from Miri are enjoying good spin-offs from what is happening in the city.

“Because of the influx of people into Miri and the expansion of industries and trading activities inside the city area, the demand for fresh vegetables, fruits, fresh meat, dairy products and fish have increased every year.

“In fact, the agriculture produce from our farms are not enough to meet the demand during certain periods of the year, especially during festive seasons,” said Tuai Rumah Sampeh ak Sayu.

Sampeh, 60, who is the longhouse chief of Rumah Sayu in Bukit Kisi, said the demand for these daily essentials is expected to increase even further if there is a surge in population following the declaration of city status or more tourists visit Miri.

Tuai Rumah Busang ak Baoh, 56, chief of Rumah Busang, said the natives living in the outskirts of Miri are grateful that the Federal and state governments have given huge emphasis on developing the road links between Miri and the sub-rural settlements.

“Our longhouses are now well connected with Miri by tarred roads. In previous years, it had taken us a lot of trouble trying to get to Miri because roads were muddy, rocky and full of potholes.

“We have had to spend a lot of money repairing our vehicles and we faced a lot of constraints in sending our produce to the town to sell in the early morning.

“Nowadays, the travel time has been cut down considerably. It is also less dangerous to drive even in the early hours now,” he stressed.

He is hopeful that with the elevation of Miri to city status, the authorities are now be able to allocate more funds to improve public amenities like street lightings and telephone connections to more sub-rural villages. 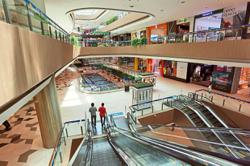