By FLORENCE A. SAMY

BY FLORENCE A. SAMY

KUALA LUMPUR: A datuk claimed trial in the Sessions Court yesterday to defrauding a construction consultancy company in which he was formerly a director by committing criminal breach of trust amounting to RM37mil eight years ago.

He allegedly committed the offence between Oct 7 and 13, 1997 at Pancaran Ikrab’s office at UBN Tower in Jalan P. Ramlee here.

Ngu, who is now an executive director with an internationally-linked company in Singapore, is also charged with fraud in connection with the purchase of 1.25 million Pancaran Ikrab shares.

He is said to have wrongfully transferred RM4.5mil from Pancaran Ikrab’s bank account to OSK Securities Bhd to finance the purchase of the shares through North South Networking Sdn Bhd.

He allegedly committed the offence between Oct 7 and 20, 1997, at the same venue.

Ngu also pleaded not guilty to committing criminal breach of trust amounting to RM21.5mil, being the funds of Pancaran Ikrab when he was the company’s director with control over the account, between Oct 8 and 22, 1997, at the same venue.

Consultant Wong Jit Kiang, 50, who is charged with abetting Ngu on all three charges and on the alternative charge, also pleaded not guilty.

Judge Akhtar Tahir set bail at RM1mil in two sureties for Ngu, who was also required to report to the Brickfields police station near his home, once every two months.

Earlier, Deputy Public Prosecutor Ros Mawar Rozain urged the court to set bail at RM500,000 for both accused and to retain their passports.

Akhtar raised it to RM1mil after Ngu’s lawyer Firuz Jaffril appealed to the court to allow Ngu to keep his passport as he was still an executive director of his company in Singapore, where he earns S$23,000 (about RM53,497) a month.

“The accused has not worked since April 14 and risks losing his job as his passport has been retained since April 28 by the Securities Commission,” said Firuz.

Wong appealed through his lawyer Hariharan Tara Singh for a lower bail of RM100,000 as he had been a bankrupt for 17 years.

Bail for Wong was set at RM300,000 and his passport was not ordered to be surrendered because it was already being held the Official Assignee since he was a bankrupt.

Wong was also asked to report to the Jalan Ulu Kelang police station near his home once in two months. 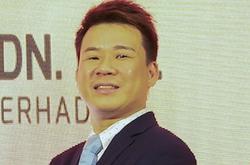 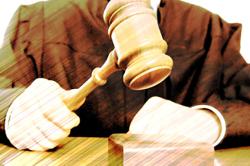