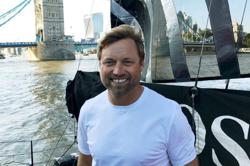 KUALA LUMPUR: He is just 17, but despite his youth, Timothy Lim Seng Yen has achieved a lot more than many older people.

The London-born youngster has climbed Mount Kilimanjaro in Tanzania, taught English to Cambodian street children and performed at an international jazz concert with Al Jarreau.

He has also led his school orchestra at Britain’s Harrow School and is part of a piano trio that has won the country’s National Schools Chamber Music competition for the past three years.

Three prestigious universities were knocking on his door and he has chosen Stanford in the United States over Harvard and Britain’s Oxford University for his undergraduate studies.

“I was very excited to learn that I was accepted into all three universities as I didn’t expect it,” Timothy, who wants to study biomedical engineering, said here yesterday.

“I have more or less made up my mind to go to Stanford, as I think it will give me more than just academic excellence,” he said, before returning to Britain last night to finish his ‘A’ Level examinations.

Timothy said as the basis of his application for the three universities, he had used his 'O’ Level results, his Scholastic Aptitude Test (SATs) examination results and his extra-curricular activities.

In the ‘O’ Level examinations, he obtained A* (the highest form of ‘A’ in ‘O’ Levels) in 11 papers, including Religious Studies, Mathematics, French, Geography, Biology and English Literature.

The others were English Language, Music, Chemistry, Astronomy and Physics.

In his SATs, he achieved a perfect score of 800 in Mathematics and 750 in English.

Last year, he was also selected to be part of a school project with British firm Whitbybird to design an underground air-cooling system for a desert environment.

Timothy received his early education in Britain as his father Dr C. J. Lim and mother Irene Khoo, a chartered accountant, were working there then.

On the family’s return to Malaysia, Timothy and his older sister Tamara enrolled at the Alice Smith School. He returned to London in 2000 for his secondary education at Harrow.

”Outside of my academic interests, I have always loved music,” said the teen, who plays the violin, guitar and drums.

Asked what he does to relax, Timothy said he plays rugby, football, futsal and enjoys paintball.

Timothy, who speaks several languages, hopes to return to work in Malaysia someday, but says he speaks French better than Malay. 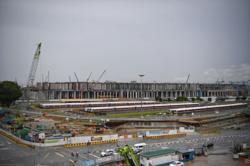 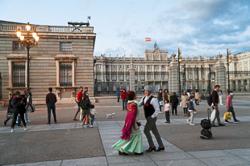