Rafidah: It's bosses' own fault

SHAH ALAM: Manufacturers should stop moaning about the shortage of foreign workers as they have themselves to blame for the situation, said International Trade and Industry Minister Datuk Seri Rafidah Aziz.

She said the Government had warned manufacturers not to hire illegal foreign workers but some of them continued to ignore the directive.

“They have been warned early in the day that they were risking their operations by employing illegal workers because there is a penalty involved. I don’t think it is right to blame anybody,” she said.

“So really I have no sympathy for these companies, (because) they have been warned not to employ illegal workers,” she said after opening AIC Display Sdn Bhd’s flat panel display plant at Section 16 here yesterday.

Rafidah was commenting on claims by manufacturers that the amnesty last year for the voluntary repatriation of illegal foreign workers had resulted in a shortage of labour.

On claims by some manufacturers that their applications to hire foreign workers were rejected by the Immigration Department despite getting approval from her ministry, Rafidah said it was not possible for such a situation to occur.

“They have never disapproved what we had approved because we are the vetting and approving agency. The Immigration has always been working very closely with us,” she added.

Last year, she said the ministry approved a total of 32,000 foreign workers for the manufacturing sector and it was only 42% of what the manufacturers had applied for.

Rafidah said her ministry would approve application of foreign workers in the manufacturing sector only in instances where employers were unable to source local workers.

On whether the manufacturers with illegal workers had approached her about a delay in getting new foreign workers, Rafidah said:

“No, they wouldn’t dare. I don’t think anybody would dare bring this complaint to me because I would scold him or her right in his or her face. I told the manufacturers many, many times - never bring in illegal workers.” 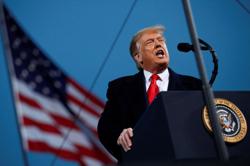