By LOURDES CHARLES AND ANDREW SAGAYAM 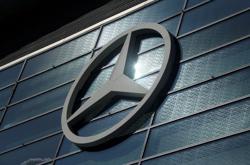 KUALA LUMPUR: Two youths tried to abduct a son of former health minister Datuk Chua Jui Meng but their attempt ended when they crashed his Mercedes Benz into a side railing after a 3km high-speed chase yesterday.

The driver had apparently panicked when a detective on a motorcycle approached the car and signalled to him to pull over. Passers-by who saw the crash and heard Damien Chua Chor Wey, 27, shouting for help, rushed to the car.

With their help, the detective pounced on the abductor seated in the back, a 20-year-old youth, and apprehended him, but the driver escaped.

The drama began at about 5.30pm when Damien stopped at the Projet petrol station in Desa Sri Hartamas to refuel.

Two men, who were posing as petrol pump attendants, suddenly produced two parang and shoved him into the front passenger seat of his Mercedes S320 and drove off.

One of the abductors sat in the back seat with the parang held to Damien’s neck.

Sentul OCPD Asst Comm A. Thaiveegan said the abductors sped off towards Jalan Duta and turned into Jalan Kuching.

He said that workers at the petrol station felt that something was amiss when they spotted the car being driven away while the petrol pump nozzle was lying on the ground.

They then called the police.

A detective from Sentul who was on his crime prevention rounds was alerted by his headquarters to be on the lookout for a black Mercedes Benz with three men travelling from the Jalan Duta roundabout towards Jalan Kuching.

At the Jalan Duta roundabout near Segambut, he spotted the car and signalled the driver to stop.

However, the driver ignored him and a chase ensued.

Despite several warnings by the policeman to stop, the driver continued to drive recklessly.

The driver soon lost control of the car and crashed into the railing,

Damien then ran out of the car and screamed for help.

Police recovered the two parang, one with bloodstains, from the scene.

Damien, who had a slash wound on the right arm, was given outpatient treatment at the Kuala Lumpur Hospital.

ACP Thaiveegan said the youth was from Batang Kali.

He said the accomplice who fled, also in his 20s, had been identified as Farid or “Ikan.”

Both are said to be waiters from a pub in the city centre.

Damien's father, when contacted by JANE RITIKOS, said he dreaded to think what would have happened to his son if not for the swift action of the police.

“If it wasn’t for the police being alert we don't know what would have happened to him,” Chua said.

“It was a close shave. It’s by the grace of God that he is okay. We are very fortunate,” he added.

Chua said he and his family members were shocked over the incident and did not know why anyone would want to abduct his son.

“Let the police handle the case,” he said, commending them for acting quickly, including apprehending a suspect right after the incident.

“I am sure they will solve the case very soon,” said Chua. He had earlier accompanied his son to lodge a police report. 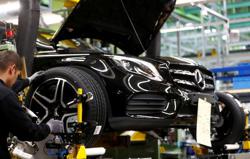