PENANG: Hawkers at Lorong Selamat are up in arms over a plan to turn a pre-war house into a casket shop, fearing it will ruin the place’s reputation as a hawkers paradise.

Char kueh teow seller Soon Suan Choo, 57, said she was worried that once the shop operates, her business would drop drastically.

“People are usually superstitious and will avoid eating here if they know there is a shop selling coffins nearby,” she lamented.

Lorong Selamat is a hot eating spot in the heart of George Town and is frequented not only by locals but also tourists. The place is famous for hawker food such as ais kacang, laksa, char koay teow and teochew porridge.

There are over 10 coffee shops and food outlets here and about 30 hawkers operating stalls.

Porridge seller Cheah See Joo, 49, from Newday Food Shop said people would be too scared to patronise his shop if there was a casket shop nearby.

Cheah said he decided to set up business at Lorong Selamat about 10 years ago as it was a renowned food paradise.

“My business hours are from 11am to 11pm daily and people might not frequent my shop during night time,” the father of three said.

News of a potential neighbour dealing with the netherworld has also affected residents and other traders who expressed concern over the fengshui of the area.

A grandmother Kek Kim Heoh , 60, who has stayed in the area since 1958, said: “If the casket shop is allowed to operate here, we will not feel safe.”

Dental surgeon Dr Lim Kean Beng, 48, said his patients might not like the sight of coffins and hearses moving in and out of the area while tailor K.H.Chin, 55, feared that Lorong Selamat would no longer be a popular tourist destination.

Earlier, the hawkers, traders and residents handed over a petition, signed by 35 people, to Penang municipal councillor Khoo Kay Hean who promised to bring the matter to the attention of the local authorities.

“Setting up a casket business in the area may not be so suitable. It gives an eerie feeling,” Khoo said, adding that he would urge the council to centralise such businesses at the same location.

When The Star contacted the house owner and the estate agent, both gave contradictory versions. The agent claimed the house had been rented out but refused to divulge details on the tenant.

The house owner admitted that a casket seller had approached them to rent the house but they turned down the offer. 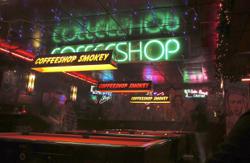