Lesson from the young

BANGI: While Langkawi Award winner Khadijah Abdul Rahman educates young people to care and love the environment, they in turn have taught her a simple lesson: Never give up.

Sometimes, adults say kita tak da kuasa (we don't have the power) to do things. But never give up and appreciate the beauty that God has created.

“And be aware of things around you. Then you also discover things you have never noticed before. Just keep going,” she said after receiving the award from Natural Resources and Environment Minister Datuk Seri Adenan Satem here yesterday.

Khadijah, who is Children's Environmental Heritage Foundation (Yawa) executive director and founder, is the first woman to receive the award in its 12-year history.

The Langkawi Award recognises an individual's contribution to the environment.

Among its past recipients was social activist Tan Sri Lee Lam Thye.

Khadijah, 53, was presented a certificate, a plaque and RM10,000 for her effort to “change the lives of young people to care for the environment.”

She said the most fulfilling part about her work was that her children considered her their role model, adding that she drew inspiration from individuals like Lee.

Khadijah also credited her mother for instilling in her a love for young people and her father for teaching her to love the environment.

The Taiping-born pursued her studies at the Royal College of Nursing in England when she was 19 and began her career with children at the Hospital for Sick Children, Great Ormond Street, London.

In 1976, she married Mohamed and later pursued a post-graduate diploma in Social Science in Children Studies from Edith Cowan University in Perth, Australia.

The family returned to Malaysia in 1986 and Khadijah started a childcare centre, Taska Umi, where she introduced environmental education that included activities like “hugging a tree” to pre-schoolers.

She founded the Junior Environmental Group of Malaysia with her children and husband in 1990. It was recognised as Yawa in October 1996. 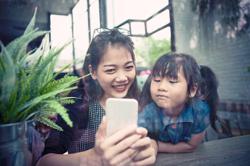 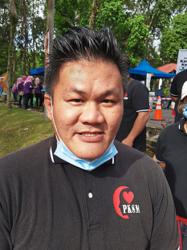 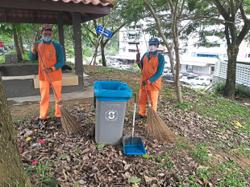