IPOH: It was a nostalgic and proud moment for 94-year-old Sowdagar Singh when he received a copy of a book compiled with the biodata of former students and teachers of Anderson School Ipoh.

Sowdagar was the first person to receive the “Journey of the Andersonians – Who’s Who” from Raja di-Hilir Perak Datuk Seri Raja Ja’afar Raja Muda Musa, who launched the book, for being school’s oldest surviving former student.

The former businessman later passed on the book to a student from his primary school alma matter, SRK Cator Avenue Year One pupil Daniel Chu Hau Eng as a gesture to symbolise the continuity of the school’s achievement in producing students who can play important roles to shape the country’s destiny.

Sowdagar joined the school in 1921 at the age of 11 to attend the pre-school classes known as Primary B and Primary A then. “I’m proud to be an Andersonian. I hope the school will live up to its good name and achievement in providing quality education.

“As we can see now, many old students are people holding high positions in the public and private sectors be it locally and abroad,” said Sowdagar, from Kampung Kepayang who came in a wheel chair accompanied by his 44-year-old grandson Balindrar Singh.

Datuk N.S. Selvamany, a former Economics teacher at the school, compiled the biodatas of 1,001 former students and teachers for the book.

“This book is not about prestige but serves as a good reference for all Andersonians to know who’s doing what and where they are now,” said Raja Jaafar who studied in the school from 1949 until he passed his Senior Cambridge Certificate in 1961. 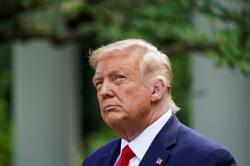