By From The Chinese Press

From the Chinese Press

Quoting an officer of the department, the daily reported that car owners would need to bring along the damaged road tax sticker and car registration card to apply for a replacement.

He said no charge would be imposed on the application if it could be verified that the damaged sticker was not caused by the car owner.

However, in another report, the daily quoted JPJ director-general Datuk Emran Kadir as saying that it was highly unlikely that road tax stickers could be damaged due to exposure to the sun.

He advised those who encountered problems of road tax stickers being damaged due to exposure to the sun to see him at the JPJ head office in Putrajaya.

The daily also reported that the Human Resources Ministry would be discussing with employers of foreign workers on providing recreational activities for such employees.

Dr Fong was responding to queries from the daily about the phenomenon of foreign workers jam-packing shopping complexes and gathering in the streets during festive seasons and public holidays.

China Press reported that local travel agencies were not affected by the recent bird flu virus outbreak as people were still travelling and they were making bookings to visit countries that were not hit by the disease such as South Korea, Australia and Europe.

However, some of the travel agents expressed concerns that the outbreak would spread to other unaffected countries through migratory birds. 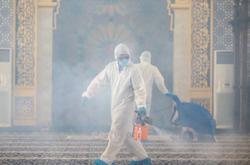 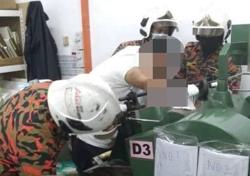