Maika ‘has paid out dividends in the past’ 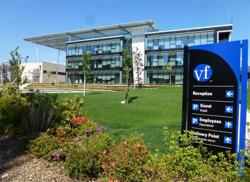 KUALA LUMPUR: Maika Holdings Bhd denied that it has not paid any dividends in its 19-year history.

In a statement to refute allegations that it had not done so, Maika, which commenced operations in 1984 as an investment holding company, said it had declared dividends between 1985 and 1996.

It said it had declared RM37mil by way of dividends and bonus shares of 25 million equivalent to 25% of the RM100mil paid-up capital.

Maika also said it had given out RM62mil in cash and in shares.

Various quarters had recently claimed that Maika had collected RM106mil from more than 66,000 investors but had yet to declare a dividend.

Maika's statement also referred to allegations that it had not been holding any annual general meetings.

The company said its audited reports and accounts for 2002 were to be placed before an AGM scheduled for Dec 19.

But in view of the bad publicity that had surfaced on Maika, the company hinted that the date could be shifted by a week to allow for a larger hall to be used for the AGM as the turnout was expected to be “reasonably large”.

Maika's statement also referred to a notice of winding-up the company, adding that the notice was issued by Buildcon Concrete Sdn Bhd, the supplier for concrete mix to a housing project at Shah Alam, undertaken by a Maika subsidiary Golden Land Construction Sdn Bhd.

Maika, which explained the circumstances leading up to the suit, said it had appealed against the summary judgment obtained by Buildcon Concrete.

On shares held by Maika shareholders, the company said it would like to ensure them that they held tradable shares to enable them to have a regular income or dispose of them if they wanted to.

Maika explained that it was trying to bring about a reverse takeover (RTO) of Oriental Capital Assurance Bhd, its 77% owned investment, which has a paid-up equity of RM100mil and its 385ha oil palm plantation at Tumbuk.

Maika claimed that the negative statements that had emanated of late could be a ploy to cause panic among shareholders so that they would resort to distress selling and that certain groups stood to gain by cornering the Maika shares at below par. – Bernama