ALOR STAR: A family of five people were killed in fire at a shophouse selling religious paraphernalia in Jalan Putra here early yesterday.

State Fire and Rescue Department operations officer Jamil Abdullah said the fire occurred at about 2am when the family was sleeping in two rooms on the upper floor of the shophouse.

“The department received a call at about 2.16am and we reached the scene at 2.30am.

“It took us about 20 minutes to control the fire from spreading to the other 18 shophouses located on the same stretch of road,” he added.

He said four fire engines and six volunteer units from Kuala Kedah, Kodiang, Tunjang, Changlon, Megat Dewa and Pokok Sena with about 100 personnel managed to put out the fire at about 5am.

He said the shop, which sold religious paraphernalia, including joss sticks, was destroyed while a restaurant and a photo shop were damaged.

“We believe that the fire started in the front portion of the shop on the ground floor before spreading to the upper floor,” he added.

Jamil said investigations showed that the victims died due to smoke inhalation when they were trapped on the first floor after the staircase caught fire.

Jamil said the victims were trapped inside the shophouse because tightly stacked goods probably blocked the windows on the upper floor.

He said the department estimated the damage at about RM300,000. The cause of the fire is still being investigated.

The owner of the photo shop, Yong Swee Hong, 38, said he heard the victims screaming for help but could not help them because the fire spread quickly.

“I was sleeping in my house with my wife, mother and two children when I heard someone banging at my door and telling me that the shop next door was on fire,” he said, adding that he tried to break open the back door of the victim’s shop, but it was also on fire.

Sundry shop owner Koay Tiong Siong, 43, said this was not the first fire in the area.

“There was another fire several years ago, which was caused by a short circuit but no lives were lost,” he added.

“The buildings are more than 30 years old and we hope TNB will inspect the wiring to ensure they are safe,” he added. 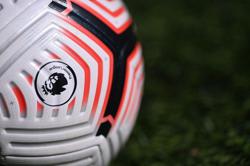