KUALA LUMPUR: Education ties between Malaysian and Western Australian universities have been a catalyst in developing business relationships in other areas between the two partners.

“It is also heart-warming to see members of the University of Western Australia (UWA) alumni being so supportive of each other and the Malaysia-Australia relationship.

“The work of the alumni here serves as an example to the alumni back home,” Dr Gallop said in his speech at the UWA Graduates Alumni dinner here on Friday night.

The dinner marked the end of Dr Gallop's four-day working visit to Malaysia, which included a courtesy call on International Trade and Industry Minister Datuk Seri Rafidah Aziz, meetings with the Sarawak government and Malaysia Airlines, and a visit to Curtin University’s campus in Miri.

Commenting on the campus, he said its state-of-the-art facilities would cater to the East Asian region while attracting Australian students, to create a truly international learning environment.

“I announced in Miri that the top five students from the campus would be able to complete their final year of study in Perth under a scholarship scheme that would cover all costs, including air fare, accommodation and tuition fees,” Dr Gallop said.

He returned to Australia yesterday. 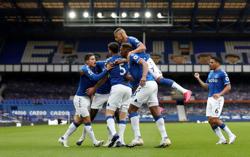