PETALING JAYA: A taxi driver, who repeatedly denied “doing anything” to his daughter, was jailed 15 years and ordered to be whipped seven times by a Sessions Court for raping her.

The 46-year-old man, who was unrepresented throughout the trial, had initially claimed that he did not know how to mitigate because he had not committed the crime.

A court interpreter, however, explained to him that the court had found him guilty and that he had to plead for a lighter sentence.

The court was adjourned briefly.

The man, choking back tears, then mitigated by saying that he had four children, two of whom were still schooling.

He also has to take care of his aged mother.

“I apologise to you, madam, as I do not understand this (how to plea). I can say that spending my days in prison and going through this ordeal has caused me great regret.

“I still have responsibilities and wish to be a good person in future. I beg for a lesser sentence,” he said.

On Nov 1, 2001, the accused had claimed trial to raping his 15-year-old daughter at their house in Kota Damansara at 5.30pm in early September that year.

On Jan 14 this year, the court ordered the accused to enter his defence. He gave his evidence from the dock.

In delivering her decision yesterday, judge Wan Afrah Wan Ibrahim said she found that the accused had failed to raise a reasonable doubt against the prosecution’s case.

She said she found him guilty, adding that she had to impose a sentence which took into account the public’s interest.

“As a father, you should protect and guide your daughter but instead you have betrayed the trust of your own daughter by acting ruthlessly on her,” Wan Afrah said.

She ordered the accused to serve his jail term effective from the date of his arrest on Oct 23, 2001.

Earlier, DPP Salim Soib asked the court to impose a deterrent sentence, saying the accused had raped his underaged daughter who had been mentally distressed.

He told the court: “You have even heard the evidence given by the victim whose future was spoilt due to her father’s action.

The victim had to suffer the misery due to her father’s irresponsible act.

“The court should send a strong message to the public that it will not tolerate such people by imposing a deterrent sentence on them. This is because it is badly affecting the family institution.

“I ask for the accused to be jailed for 20 years. It will also be appropriate if the accused can be caned 20 times as Section 288(1) of the Criminal Procedure Code allows an offender to be whipped up to 24 times,” DPP Salim said. 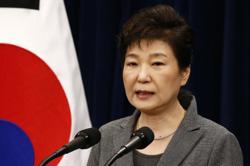