JOHOR BARU: It was a combination of hard work, determination and interest in their fields that enabled Universiti Teknologi Malaysia (UTM) undergraduates Norafzalina Azmee and Marwan Hadri to win the Chancellor’s Award this year.

Norafzalina and Marwan, both 22, who attained a cumulative grade point average of 3.78 and 3.82 respectively, were adjudged UTM’s best students for the 2002/2003 academic session.

They received their awards from chancellor Sultanah of Johor, Sultanah Zanariah Tunku Ahmad, at the 30th convocation ceremony yesterday.

The eldest of five siblings, Norafzalina who studied industrial mathematics, said she used self-motivation when it came to studies and always tried to give time for leisure.

The daughter of remisier Azmee Osman and nurse Rabaniyah Lebai Mangsor, both 46, has another feather in her cap – her first novel was published in February last year.

“When I am feeling down or stressed, I write, although I never in my wildest dreams thought my work would get published.

“Of course, my family gives me much encouragement but I have always had the determination to succeed and now I have realised my dreams and made my parents proud,” said Norafzalina, who is from Alor Star.

She currently works as a tutor in Universiti Pendidikan Sultan Idris in Tanjung Malim, Perak, and hopes to be able to further her studies in Britain before starting a career as a lecturer.

Ipoh-born Marwan would also like to pursue his studies in Britain, and if he had his way, the electrical engineering graduate would want to enrol in Cambridge University.

The son of teachers Azmi Yusoff, 50, and Azini Md Desa, 47, said he tried to absorb everything said during a lecture instead of taking down notes.

“I feel the need to focus on the subject to understand – and if I were to listen and take notes at the same time, I might be too busy writing,” said the eldest of five siblings.

Currently tutoring in UTM’s Wireless Communication Centre, Marwan balanced his study schedule with sports such as football and canoeing. 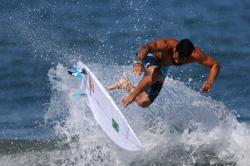 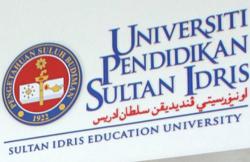