PUTRAJAYA: Malaysia is taking the lead to galvanise Non-Aligned Movement member countries into opposing the planned US-led attack on Iraq ahead of the movement’s summit which gets under way later this week.

Prime Minister Datuk Seri Dr Mahathir Mohamad, while admitting that it would not be an easy task considering that some of the member countries would have their own reasons for not opposing the planned attack on Iraq, said as host, Malaysia would have to try hard to convince them to stand united on the issue.

“We are not made up of militarily or economically strong nations, but together we can make a difference, especially if we are to join forces with the rest of the world community to put moral pressure to stop the use of military power to solve any problem.

“That is going to be our greatest contribution as a group towards the anti-war movement,” he said in an interview on the NAM Summit aired over RTM1 last night.

He said the message that should be sent out by NAM was to oppose the use of military power by powerful countries to implement their agenda.

He added that otherwise they would simply use their military power to attack and change the government of any country they don’t like.

“We don’t know when they will decide a government is unacceptable and need to be changed through the use of military strength. This is very dangerous to world peace,” he said.

At a NAM-related function, Dr Mahathir said the Kuala Lumpur Declaration which would be adopted at the 13th NAM Summit would reflect this anti-war stand.

“It will certainly be about our anti-war stand. War is not the solution to

international conflicts,” he told reporters after taking part in the final dry run and dress rehearsal of the NAM Summit at the Putra World Trade Centre in Kuala Lumpur yesterday.

He had been asked for some hints as to what would be in the declaration.

Dr Mahathir said the summit itself would be similarly focused on the movement’s belief that war should not be used as an instrument for settling disputes.

During the RTM interview, Dr Mahathir said although the focus of the summit would be on the looming threat of war against Iraq, other issues, including terrorism, globalisation, the World Trade Organisation and other topics relevant to NAM countries would still receive attention.

He was confident that the issue of world terrorism would be given equal importance, especially since it was related to the planned war against Iraq.

“Malaysia believes that if Iraq is attacked, it will only give another excuse for certain groups to wage more terror attacks. We don’t want the Iraq crisis to become another reason for these groups to escalate their terror attacks,” he added.

On the proposal to convene an informal meeting of the Organisation of the Islamic Conference to discuss the Iraq crisis, Dr Mahathir said Malaysia was still discussing the matter with Qatar, the current OIC chairman.

He said Malaysia felt that an informal meeting could be held in Kuala Lumpur since most of the OIC countries would be represented at the NAM Summit.

Asked whether China could be included in NAM, Dr Mahathir said he did not believe China would be interested.

“China is already a major power and can influence the world on its own. I don’t believe it wants to be tied with either the south or the north. But I am sure that it will give a serious consideration to any view expressed by NAM,” he said.

On talk that the Barisan Nasional government was trying to capitalise on the summit for the next general election, Dr Mahathir said Malaysia was actually a reluctant host.

“We had been invited to host the NAM Summit several times before but had always declined. This time around, a country that was supposed to host the summit was unable to and we were asked again and we agreed.

“We don’t expect any returns from the summit. We know that we cannot be selfish by focusing only on our national interest. But if the date of the summit happens to be close to the general election, that is not our doing because the date had been fixed for some time ago,” he added.

At the PWTC function, Dr Mahathir said although some countries were beginning to soften their stand on the possibility of attacking Iraq, there was still a need to see how soft this new stand would be.

“They may say that the weapons inspectors should be given more time. However, although the inspectors may not find any reason for war, in the end, the countries may still go to war with Iraq anyway,” he said.

He said what was mystifying was the attitude adopted by these countries in that they insisted that if weapons of mass destruction were not found by the inspectors, that meant Iraq was hiding them.

“It would seem that in order to avoid war, Iraq must produce some weapons of mass destruction, then only will they be satisfied,” he said.

Dr Mahathir said with such an attitude, Iraq was “going to get it whichever way.” 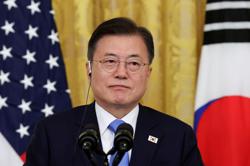 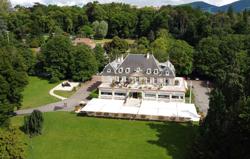